PROVIDENCE, R.I (WLNE) –  Providence Police officers are on the scene of a shooting that left one man dead and sent a woman to the hospital.

Police were dispatched to Roger Williams Green Apartments at 3:15 AM where they found a man dead in the courtyard.

BREAKING NEWS: Police are on the scene at the Roger Williams Green apartment complex. There is yellow tape blocking off an area where there is white tarp covering an object on the ground. @ABC6 pic.twitter.com/XHWk8OfbR1

At this time, Bryant is believed to live in Providence, but according to police, has addresses in Brockton and Pennsylvania as well.

“We also spoke to some neighbors and then later on located a second victim, a 50-year-old woman who was shot while sleeping inside her apartment,” Detective Captain Tim O’Hara said.

Police identified the second victim as 50-year-old Julie Boyd. Boyd was shot in the arm by a stray bullet while she was asleep in her apartment.

She was sent to Rhode Island Hospital.

“She’s an unintended target,” Capt. O’Hara said. “She was inside her house sleeping at the time and she was not involved in the people who were outside her apartment.”

Bullet casings were scattered across the area landing in a car and in homes.

Just outside the courtyard, a man’s car window was shattered. Police believe it was from stray bullets as well and taped off the area for investigation. 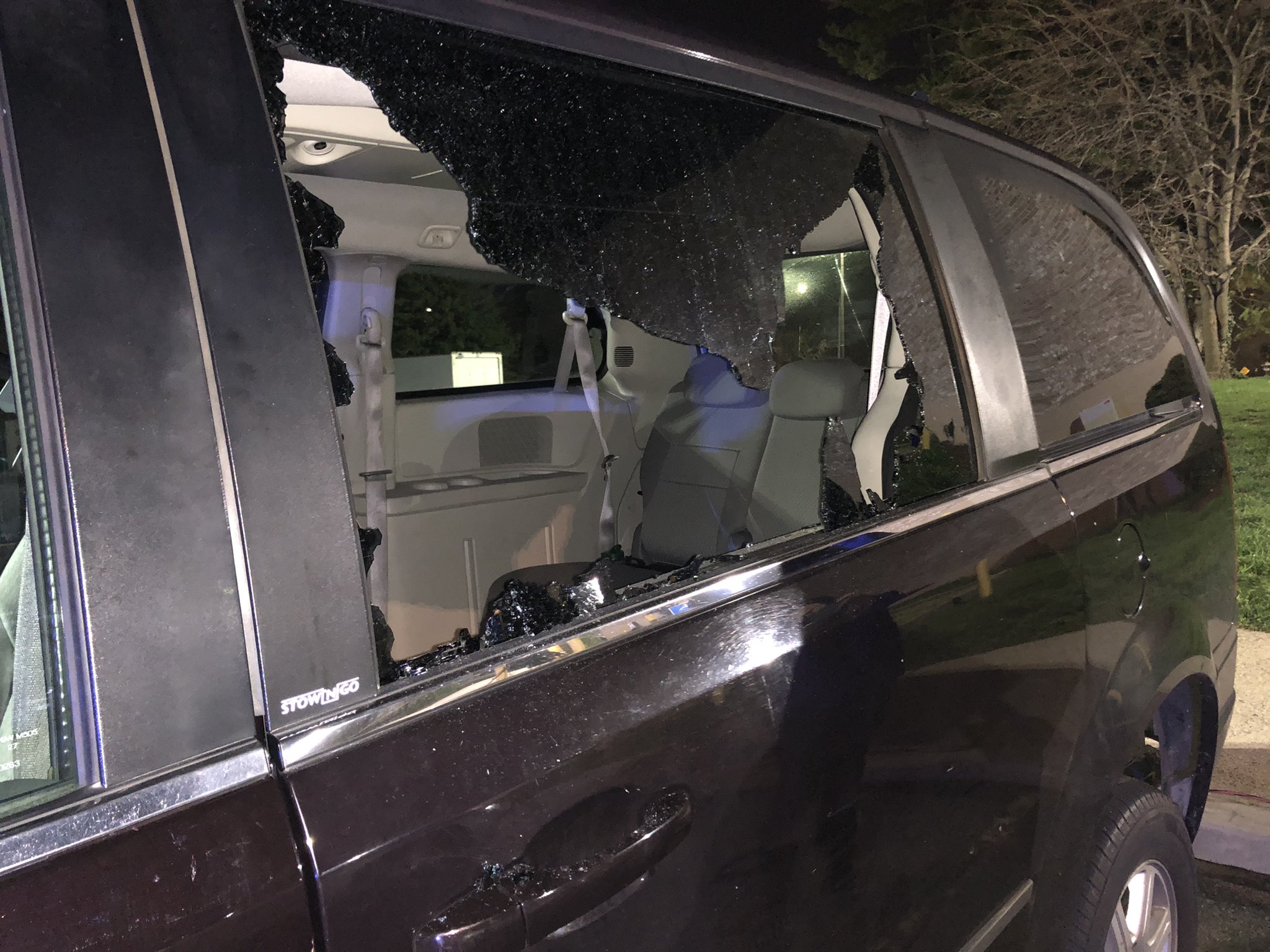 A man who lives in the complex said he heard multiple shots and found his car like this.

Just feet away, the crime scene continued after a family woke up to bullet holes in their apartment bedroom.

“I heard like a commotion outside. I just thought people were fighting or something,” JanCarlos Terrero said. “But, I woke up because police were knocking on the door.”

Terrero says a bullet went into his bedroom, through the mirror and the casing lodged into his bedroom wall. His girlfriend was out working an overnight shift, but they both normally sleep in that room.

“I could’ve been sleeping where they shot at, but something deep inside told me not to be in this area so I went into the living room and that’s when it went down,” Terrero said.

The couple says they just moved into the apartment days ago and now they’re looking to move out.

“We just moved here, just days ago and then this happens,” Felicia Love said.

“That could’ve easily been me dead,” Terrero said.

Police are asking residents with any information to contact the department.

This is a developing story and more details will be added as they become available.