BRISTOL, Conn. (WLNE) — Two police officers were shot and killed overnight in what police believe was an ambush following a staged 911 call for help.

Connecticut State Police said three officers responded just before 10:30 p.m. Wednesday to an emergency call of a domestic violence incident at a home in the area of Redstone Hill Road. 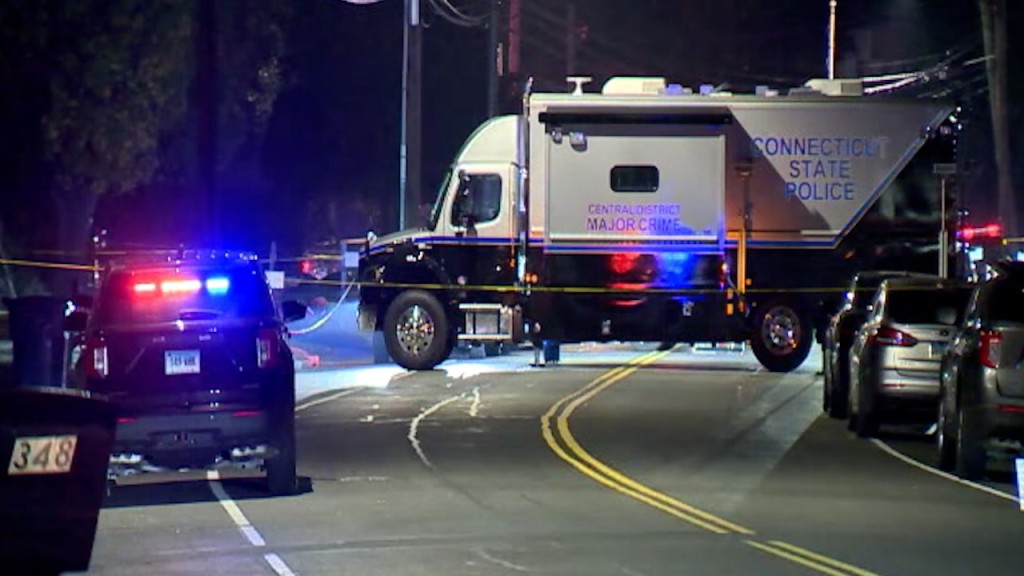 Connecticut State Police on scene of an officer-involved shooting in Bristol, Thursday, Oct. 13, 2022.

According to police, the incident may have started earlier in the evening when police responded to a disorderly patron at a bar and issued a summons.

That person returned to his home, armed himself with an AR-15 style rifle and made the fake 911 call as a “deliberate act to lure law enforcement to the scene,” police said.

During a press conference Thursday, the Bristol Police Department identified Sgt. Dustin Demonte, 35, and Officer Alex Hamzy, 34, as the two officers killed. Demonte had a child on the way, police said.

Officer Alec Iurato was shot and is undergoing surgery for severe gunshot wounds.

“Today, our hearts are broken, we’re united in immeasurable grief for those hero officers, for their families, their friends. And for all of our law enforcement personnel. We pray for them,” said Bristol Mayor Jeff Caggiano.

State police said the suspected shooter, identified as 35-year-old Nicholas Brutcher, was also killed. The shooter’s brother, 32-year-old Nathan Brutcher, was hurt in the gunfire and brought to a hospital.

On Twitter, Connecticut Gov. Ned Lamont wrote, “I am directing flags in Connecticut lowered to half-staff effective immediately in honor of two Bristol police officers who were killed in the line of duty.”

A procession brought the two officers from Bristol Hospital to the Medical Examiner’s office in Farmington.

New Bedford man sentenced to life in prison for 2018 murder

Woman accused of stabbing boyfriend's ex-girlfriend, mother out on bail