It's been two years since a car crash left Aidan Mulligan with a severe brain injury. He's made a miraculous recovery since then and is now looking forward to getting back to a normal life.

SOUTH KINGSTOWN, R.I. (WLNE) – March 8, 2019, is a day that the Mulligan family from Wakefield will never forget, and try not to look back on.

“I don’t really go back there cause it’s too painful. I had to fly home not knowing whether he was going to be alive or not,” said Sharry Mulligan.

Aidan Mulligan, who was then 18 years old, was a passenger in a vehicle that crashed on Curtis Corner Road in South Kingstown. The driver and another passenger were injured and later released from the hospital, but Mulligan was left critically injured and was flown to Rhode Island Hospital.

The Mulligans said Aidan was not expected to make it through the night.

“He went into surgery,” Sharry said, “they told my husband, we can either operate right now or he’ll be gone within five minutes and we don’t know what the outcome is going to be.”

“I had a fence go through the side of my head so (I) broke my forehead, had severe brain trauma. That’s the big injury,” Aidan said. 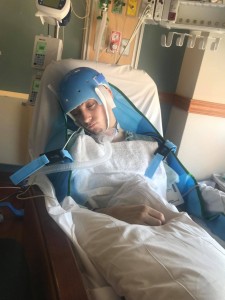 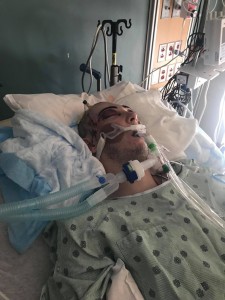 Miraculously, Aidan survived and spent the next month at Rhode Island Hospital. He then was moved to Spaulding Rehabilitation Hospital in Boston where he stayed until June. He and his mom then moved to an apartment in Boston while still continuing therapy.

“I was really in a pretty bad mindset,” Aidan said, reflecting on one year ago. “(I) wasn’t clear, didn’t have clear thoughts, motivation was really just not a thing.” 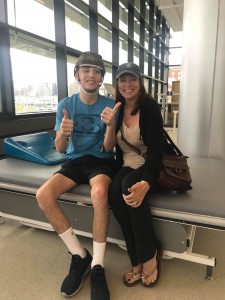 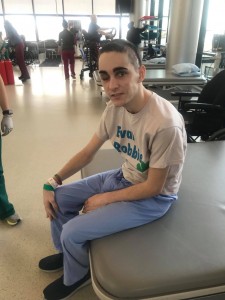 He eventually was sent home where he finished his senior year, a year after his classmates. But, Sharry said, he wasn’t the same Aidan.

“Even I was like, this is it? He’s not right. He’s still not right. What should we do now? There’s no answers.”

She decided to bring him to Florida for a special kind of treatment called Hyperbaric Oxygen Therapy (HBOT) where Aidan sits inside an oxygen tank for an hour.

“I have a lot more clarity of thought, my stamina is better, I have more commitment and motivation to do things. I can find words a little bit easier, still struggle with that a little bit,” Aidan explained. “I can sleep. I’ve had a lot of sleepless nights.”

“Every day you can see the difference in him through this treatment,” Sharry added.

“He was just trying to survive each day (the) best he could and never complained. The kid, he’s a fighter and he always wants to win the game whatever that game is. This is the game of life right now and he’s like I’m gonna win that’s it.”

Aidan has had 47 treatments so far and will finish in May. He and his mom will then head back home to Wakefield, where Aidan is looking forward to being a normal 20-year-old.

“He still has left side weakness, a lot of tremors, things like that. In time, TBI is a lifelong injury so we’re in it for the long-haul. We’re just hoping that all these different kinds of therapies and things that I try to find for him will help get him on the road again, get him independent, driving a car, go to school, living on his own.”

The Mulligans also want to give back to the community that gave them so much hope over the last two years.

“It’s incredible. We wouldn’t be here right now if it wasn’t for our community,” Sharry said. “We’re going to help, that’s our hope in the future. We get him better and we go out and we help people in Aidan’s position.” 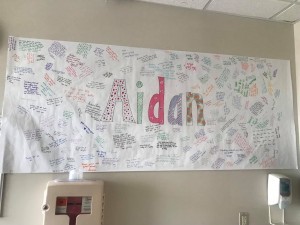