According to Police, 18-year-old Izaiha Ortiz was arraigned on Wednesday in 6th District Court on two counts of Conspiracy, License/Permit Required for Pistol/Revolver, Firing in compact Area and Disorderly Conduct.

The incident happened on January 29 an approximately 10:21 AM and police confirmed 2 of the 3 suspects involved in the shooting. 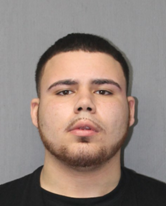 The first suspect, 21-year-old Ian Melendez was arrested for his involvement on February 3.

None of the three suspects came from Central Falls High School.

Police have not currently identified the 3rd suspect but urge anybody with information to please contact detectives in the department.