“The fire started almost immediately, I think when the truck hit the Volvo in the rear, and then it just, the flames started right away,” John Ramos, the driver of one of the vehicles said.

The Rhode Island Department of Transportation said that the highway was closed near exit 42.

A man who was in one of four cars involved in the fiery crash this morning in Pawtucket shares his message as to why he thinks he survived.

“One message, and I hope it reaches people, is definitely pray every morning. This morning I prayed that I would get to work safe, and come home safe, and I’m here now, even with this severe accident that could’ve been deadly with all those flames,” Ramos, added.

Three of the four vehicles caught fire, but four were involved. 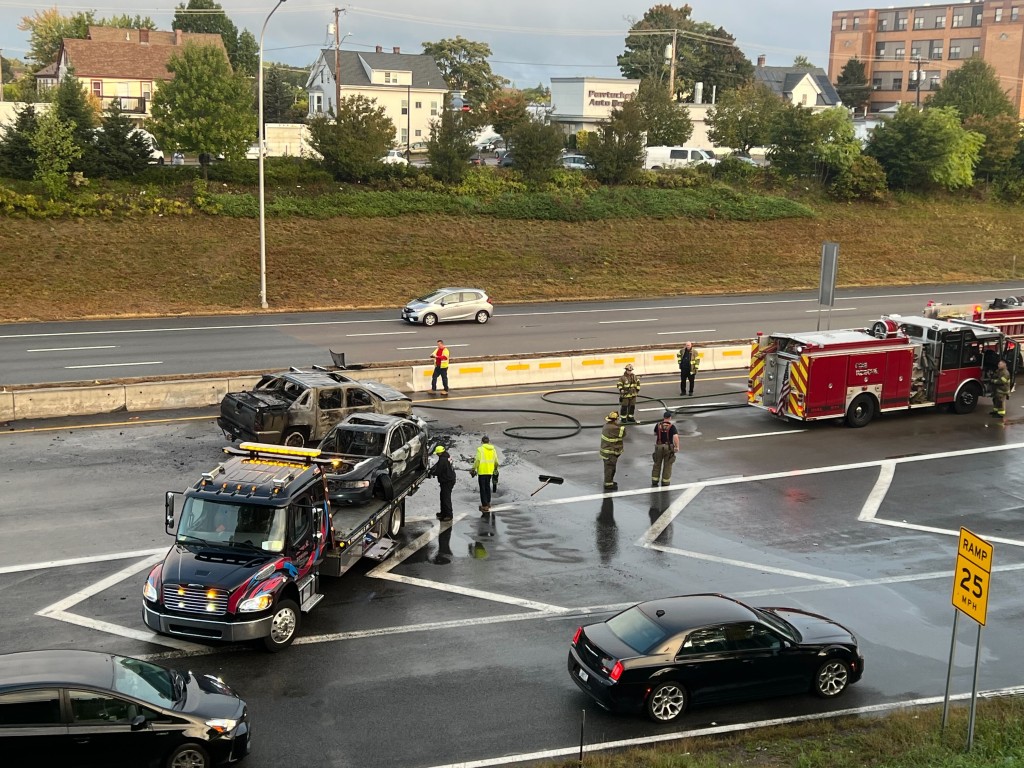