West Place Animal Sanctuary is the organization that is rehabilitating pigs that were rescued from Bonniedale Farm back in March, where their former owner, David Mackenzie was facing animal cruelty charges after leaving them outside in below-freezing temperatures.

Mackenzie was also accused of feeding the pigs nothing but donuts and bagels.

The charges on Mackenzie were dismissed so that the pigs will not be returned to him.

Executive Director of the sanctuary, Wendy Taylor says the pigs were so overweight they could not walk or see past the skin folds in front of their eyes.

The pigs also had skin infections.

The volunteers at West Place work diligently to exercise the pigs and have gained their sight and ability to walk again, and even made a friend at the sanctuary, a recent mother duck named “Momma”. 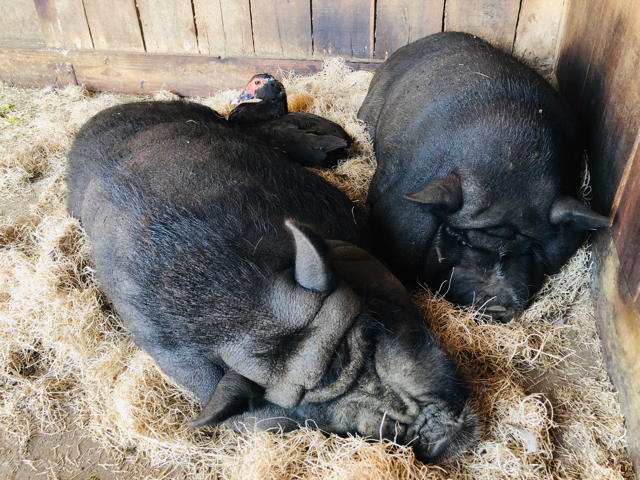 Jack and Diane with Momma Duck

Saturday was the first time the pigs, Jack and Diane could be seen by the public at the sanctuary’s annual open house.

Taylor says the pigs will most likely need another 5 months of rehabilitation and will spend the rest of their lives at the sanctuary.

West Place Sanctuary is a nonprofit organization and is sustained on donations.

Pence: 'Mistakes were made' in classified records handling