An investigation by Wareham Police Detectives has led to the recovery of several extremely rare baseball cards that were reported stolen from a local residence. The victim told police that they have been in the family for many years.

As a result of their investigation, Wareham Police Detectives identified a suspect whom they believed was involved in the theft. 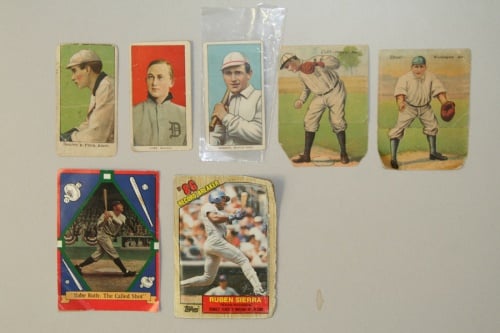 On July 12, 2010 at approximately 4:00 p.m., Wareham police stopped a vehicle on Sandwich Rd. in Wareham that was being driven by the suspect identified as 29 year old Melissa Sleeper of 7 Rainbow Circle, Buzzards Bay.

Sleeper was found to be in possession of several rare baseball cards that were ultimately identified by the victim as the ones stolen from his residence. The stolen cards included two Ty Cobbs, a Walter Johnson, a Heinie Wagner, and a Babe Ruth. Total, they have an appraised value of just over $11,000 dollars.

Sleeper was arrested at the scene and charged with receiving stolen property over $250.00. She was held overnight at the Wareham Police Station and was arraigned at Wareham 4th District Court the next morning. She was released on bail and will return to court at a future date.

Biden says in State of Union that US is ‘unbowed, unbroken’