Diocese of Providence Bishop Thomas Tobin tweeted Saturday that Pride Month events in June “promote a culture and encourage activities that are contrary to Catholic faith and morals.”

Tobin also said that these events are “especially harmful for children”.

Farrow and many others who criticized the tweet also referred to the sex abuse of children by clergy.

In response to the tweet, the LGBTQ group Rhode Island Pride planned a rally in Providence Sunday evening at the Cathedral of Saints Peter and Paul.

A statement from Bishop Tobin was released Sunday afternoon. 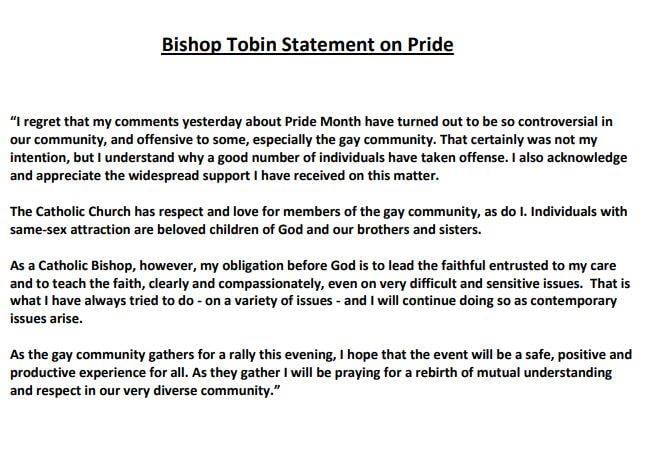 *This Story uses information from The Associated Press

Woman accused of stabbing boyfriend's ex-girlfriend, mother out on bail