Cranston Police charge three after assault to officer, pursuit through Johnston and Providence

Mitchell was arraigned Monday in Kent County District Court and his bail was set at $15,000 with surety. Rivera and Boisvert will be arraigned in the coming weeks.

Kemoni Mitchell was just arraigned virtually. His bail is set at $15,000 with surety. He’ll be back in court in March. The other two suspects will be arraigned in the coming weeks. @ABC6 pic.twitter.com/7AIDx0Gk7u

According to Cranston Police Chief Michael Winquist, just before 4 p.m. Friday, an officer was on patrol when he saw a group of around thirty motorcycles and ATVs on Atwood Avenue. He reported that the group was driving recklessly by weaving in and out of traffic, speeding, and failing to obey traffic signals.

One driver, identified as Boisvert, was allegedly operating a motorcycle with no registration plate and abruptly stopped to intentionally block traffic on Atwood Avenue. When the officer stopped and approached Boisvert, it’s alleged she pushed the officer, and he brought her to the ground to place her in custody.

While he was kneeling to handcuff her, police said several of the motorcycle and ATV operators began circling him.

Rivera, driving a red ATV, allegedly revved his engine and lurched forward, driving over the officer’s legs. Police said another smashed the rear window of the marked police cruiser.

Rivera was then seen fleeing the scene. When officers started their pursuit to stop Rivera, he and other members of the group refused to stop with some vehicles traveling down different side streets, police said. The pursuit spanned through Johnston and Providence.

Police say, while on Plainfield Pike at the intersection of Thornton Street in Johnston, the ATV operated by Rivera hit the side of a Cranston Police cruiser, causing the ATV to become disabled. Rivera abandoned his ATV and jumped on the rear of another ATV operated by Mitchell.

Officers pursued the ATV into Providence, where Mitchell lost control on Union Avenue at the Route 10 overpass and struck a passing car. Both Mitchell and Rivera attempted to flee on foot before being arrested, police said.

At the time of the arrest, Mitchell was found to be in possession of “crack” cocaine and marijuana.

The officer injured was transported to Rhode Island Hospital and has since been released. Chief Winquist said three other Cranston officers sustained minor injuries during the pursuit but did not require medical treatment.

The three suspects are facing the following charges: 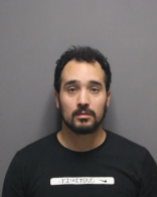 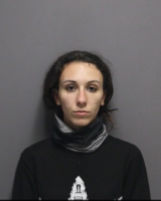 “This incident illustrates the dangers associated with the reckless and illegal operation of all-terrain vehicles on public roadways. This problem is occurring in many metropolitan cities across the country. Law enforcement cannot turn a blind eye and allow these operators to take over our city and town streets through intimidation and assaultive behavior. The brazen assault of a police officer is reprehensible, and those responsible are now facing serious criminal charges,” said Cranston Police Chief Col. Michael Winquist.