PROVIDENCE, R.I. (WLNE) — Owners and developers of the Providence Place mall gave their pitch in front of a city council committee on how to expand its use downtown — in hopes of a tax break.

If approved, the tax treaty would allow developers to pay just $4.5 million a year to the city to maximize the mall’s space and potential.

“It is critically important for us through this second tax treaty to allow for these diversified uses that will help reinvigorate the asset,” said one developer in front of the committee Thursday. 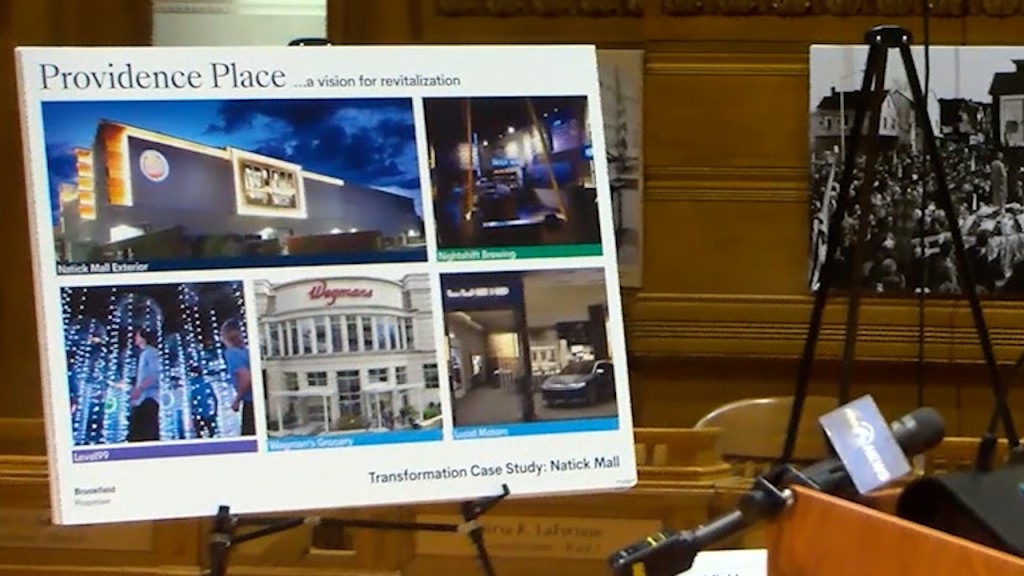 “On a square footage basis, the Providence Place Mall evaluation still would result in a tax payment more than 2.5 times the annual payment that is being proposed at $4.5 million,” said Lawrence.

In a statement, Councilwoman Jo Ann Ryan said in part:

“There’s no question that the retail industry has dramatically changed since the pandemic hit. We heard from residents and directly from representatives of Providence Place about their challenges and needs going forward, which involves reinventing and modernizing this significant space downtown. No one wants to see the mall at the center of our city deserted and a burden to taxpayers, but any change to the tax treaty must include robust discussions that result in a fiscally responsible and fair plan for the city of Providence.”