PAWTUCKET, R.I. (WLNE)- Pawtucket Police tell ABC6 that a man has died as the result of a crash in Pawtucket on Thursday night. 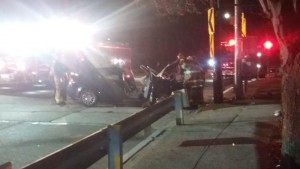 The 61-year-old driver crashed into a pole in the area of George Street at East Avenue.

An ABC6 photographer was on the scene, by the time he arrived, the driver had been removed from the car and was taken to the hospital where he later died. 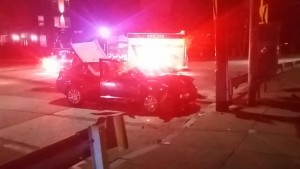 It had looked like the Jaws of life had been used.

This is a developing story, more details will be included as they become available.