FAIRHAVEN, Mass (WLNE) – Fairhaven police released a sketch of the man they say is the suspect in a stabbing that took place on Thanksgiving.

The man is described as a “light-skinned black or Hispanic male, in his mid-twenties with curly hair and patchy facial hair.”

Police say the man may have had a large mole or blemish to the right of his mouth.

Police were called to the area of Main and Elm streets at 3 p.m. on Thanksgiving for a report of a stabbing.  When officers arrived, they found a man suffering from multiple stab wounds.

The victim was treated by paramedics on scene before being transported to the hospital.

According to police, the victim is a 23-year-old New Bedford resident.  He told officers that he had arranged to sell a cellphone on Facebook Marketplace. The man stated that two men in a black Jeep picked him up, before attempting to take the phone without paying for it.

After an argument broke out, the victim was allegedly stabbed several times.

Police say the victim managed to escape from the car and call for help. 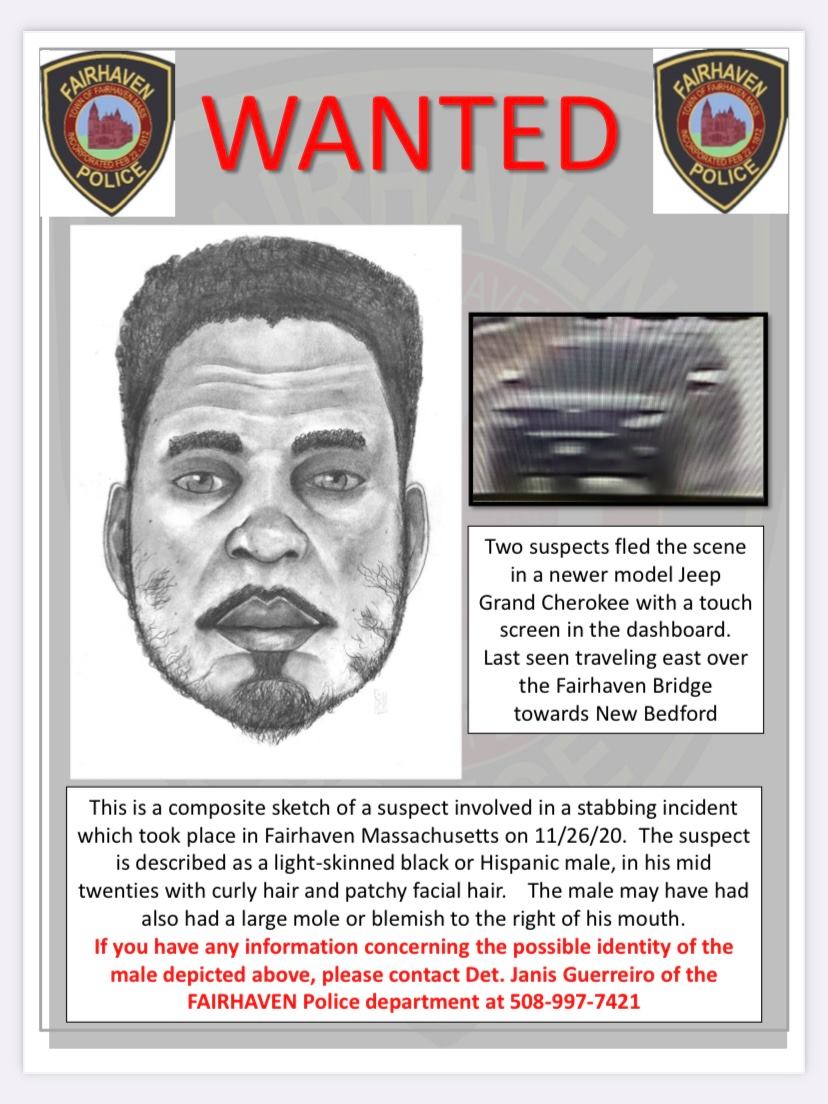 Anyone with information regarding the incident or identity of the man in the sketch is asked to contact Detective Janis Guerreriro at (508)-997-7421.