Burns Power Tools, a Fall River staple since 1934, caught fire at about 9 p.m. The fire proved extremely difficult for firefighters to control, taking them nearly four hours to knock it down.

Tuesday, the business owners, now in their third and fourth generation, Jeffrey and Zach Burns, left to pick up the pieces of what’s left behind.

Flames tore through the business, which Fall River District Fire Chief Jeffrey Bacon said was difficult to control because of the materials inside, which included lithium-ion batteries and cardboard, helping to engulf the building and spread the fire.

Burns Power Tools in Fall river is seen damaged after a fire ripped through the business, Monday, Nov. 14, 2022. (WLNE)

Bacon added that the fire was in the roof, also making it difficult to get water on.

“The roof was already sagging. [We had] heavy smoke volume on the roof,” Bacon said.

No one was inside the store at the time of the fire, and no firefighters were injured.

Next door, at Subway, patrons inside noticed the fire after it started and called the fire department, who were already on their way. Everyone inside the Subway was also able to get out safely. 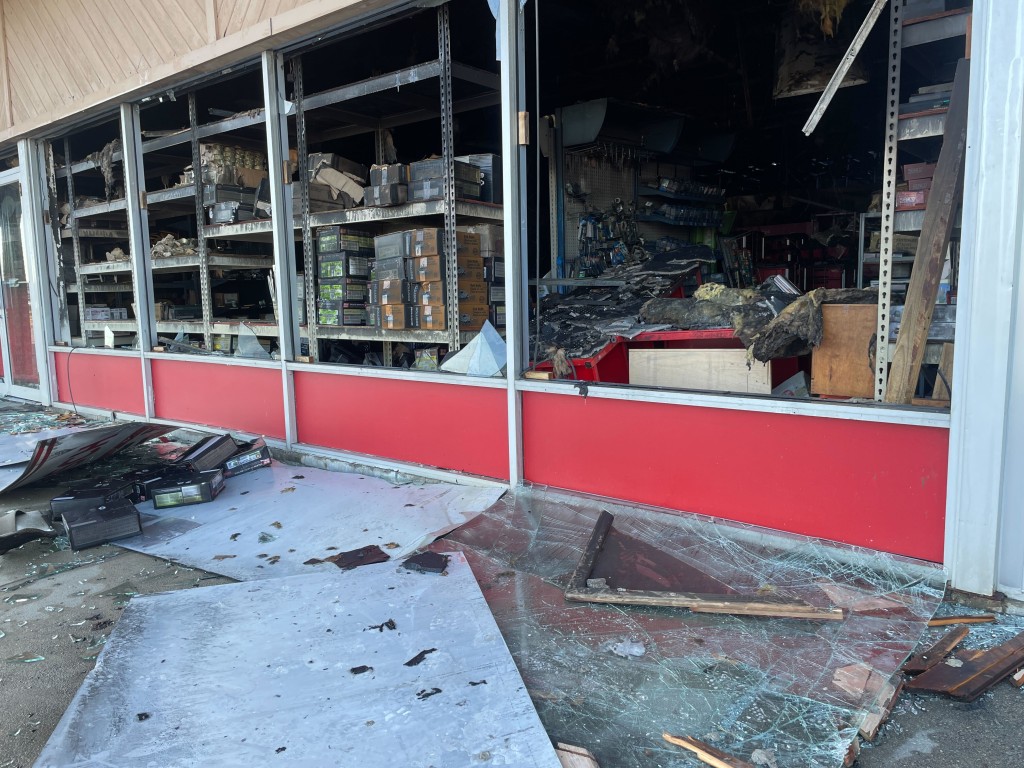 Burns Power Tools in Fall river is seen damaged after a fire ripped through the business, Monday, Nov. 14, 2022. (WLNE)

As investigators work to determine what caused the massive fire at Burns Power Tools, they also are examining nearby businesses in the plaza, including Subway, to decide if it will be inhabitable again.

The Fall River franchises’ owner, Doug Eslinger, described the scary sight when he arrived at the scene Monday night.

“You worry about the future. I’ve got lots of good employees and [we’re] trying to figure out what’s gonna happen,” Eslinger said.

Throughout the morning Tuesday, many longtime customers stopped by the Burns family store to offer their sympathy and best wishes for the family. 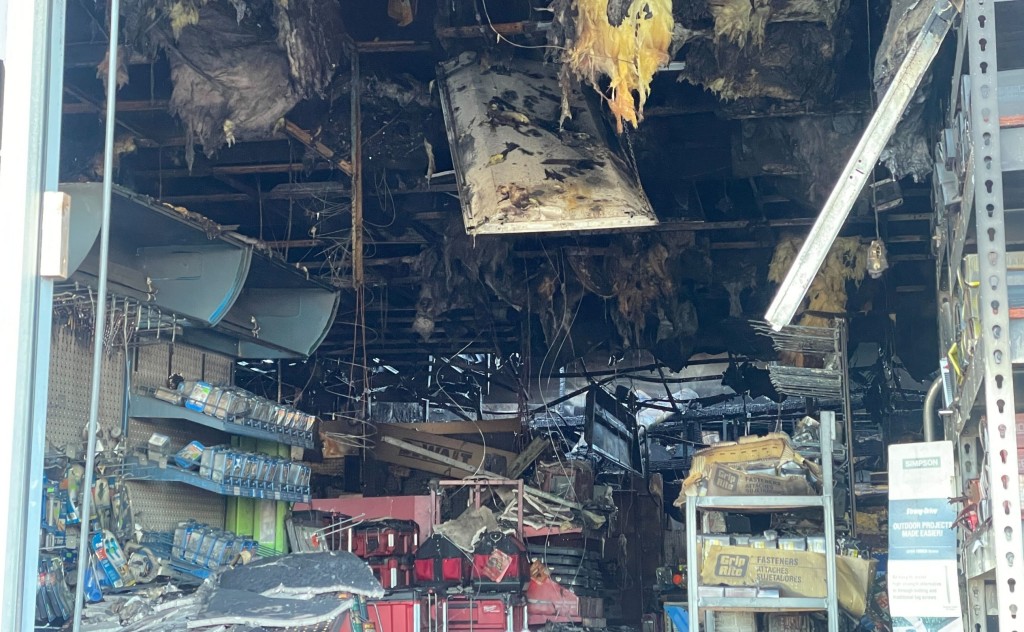 Jeffrey Burns thanked his customers for their ongoing support and told ABC 6 News they will plan to continue their business at a new location.

“It means a lot,’ Burns said. “We always try to take care of our customers and it’s nice that they’re rallying around us. We’ll get through it and start figuring it out.”