FALL RIVER, Mass. (WLNE) -A 25-year-old man was arrested and charged after the Fall River Police Department Vice and Intelligence Unit conducted a search of his Johnston Street apartment on Friday.

Police say the subject of the search warrant was Jeriane Roman of Fall River.  Upon arrival, they found $2,001 and 38 oxycodone pills when searching Roman.

Detectives conducted a search of Roman’s apartment where they found a ziplock bag containing 252 grams of cocaine, a smaller bag with 1.9 grams of cocaine, a bag of white powder (cutting agent), four boxes of sandwich bags, two digital scales and a box of baking soda.

Police say that all of these items are commonly used in the packaging and distribution of cocaine.

Jeriane Roman was placed under arrest and charged with the following: 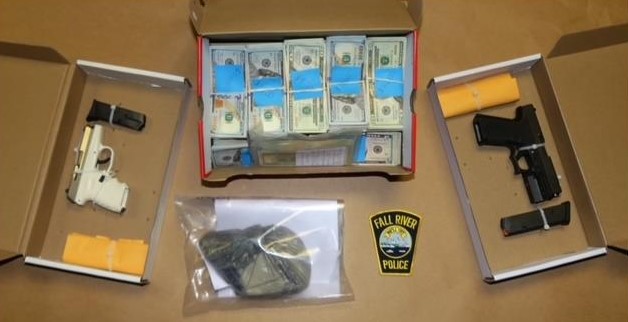