Correia filed the objection five minutes before the clerk’s office closed Friday, but until Monday, the grounds of his objection were not clear.

In the documents released, Correia explained that he believed many of the signatures were fraudulent.

“Based on the information and belief, a substantial number of petition signatures are not valid signatures of registered voters because, on information and belief, they have been forged, duplicated, signed by someone other than the state signatory without the requisite legal authority to sign on behalf of the stated voter, have an incorrect address, have an illegible signature or address, do not match voter signatures not the voter’s signatory cards on Fall River, or there was no such registered voter on resident in Fall River at the time of the signing,” wrote Correia.

He did not say how many signatures he believed were not valid or provide any evidence.  He did, however, write that he could provide evidence to the Board of Election Commissioners including opinions from a handwriting expert.

The document is attached below. 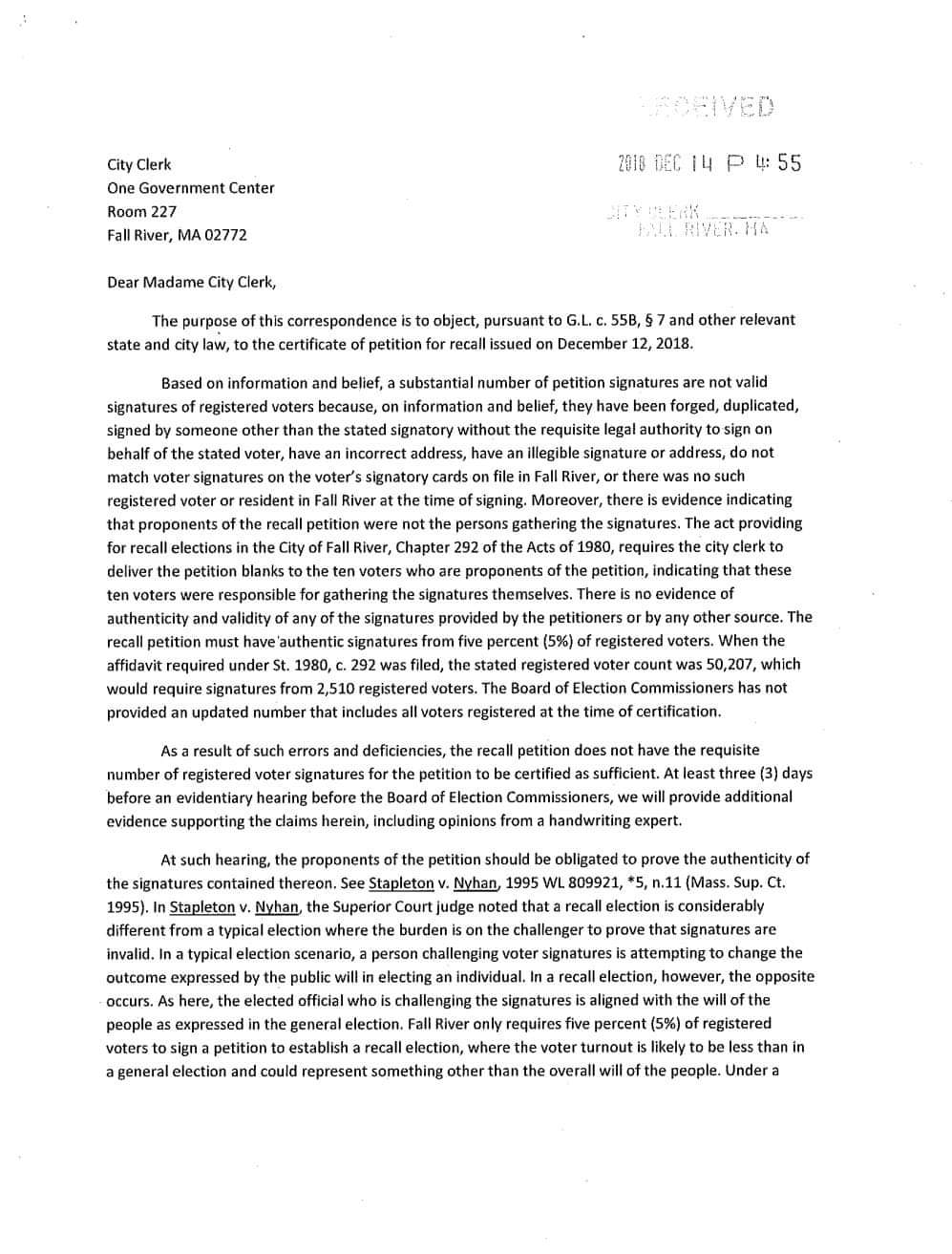 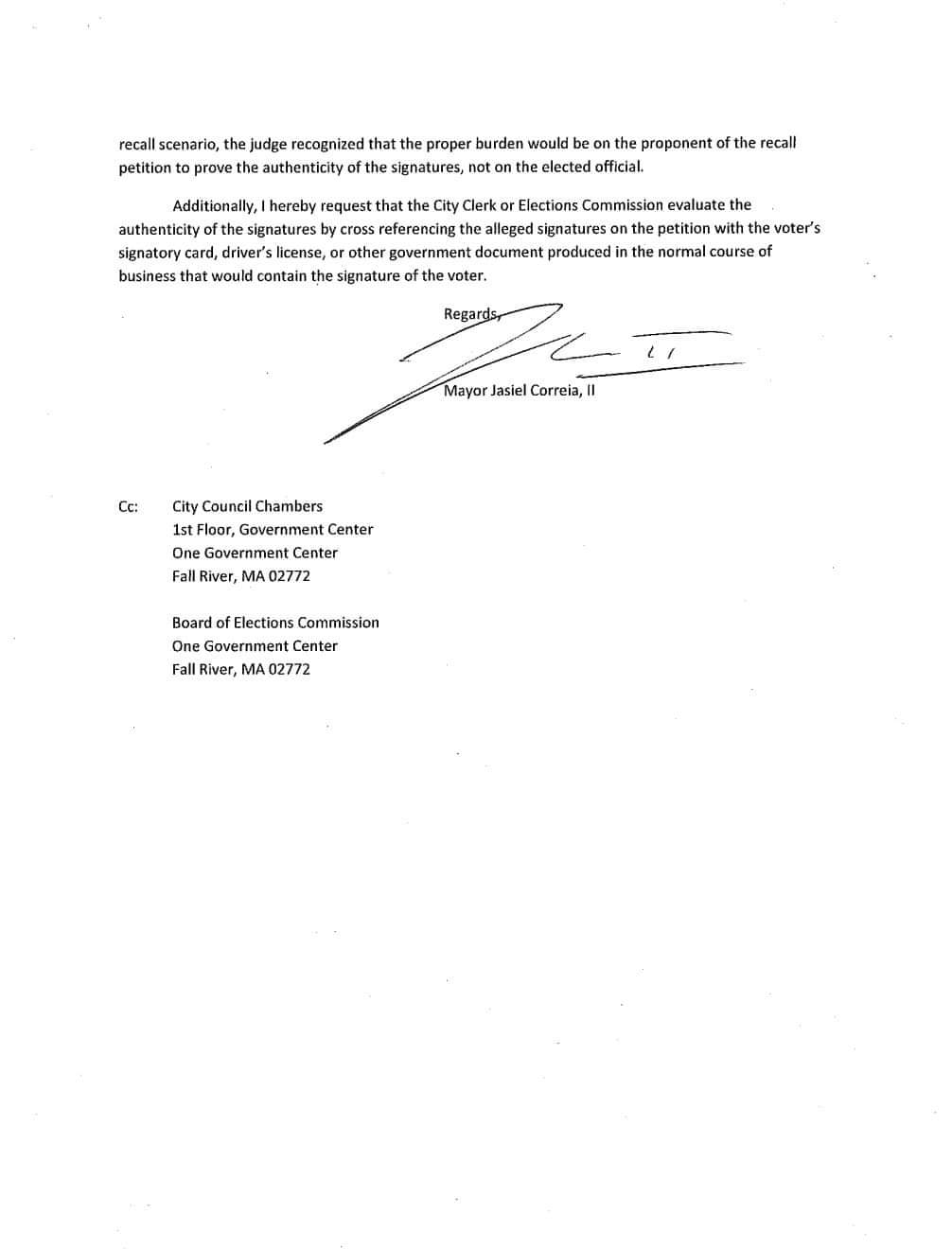 A short time after submitting the objection, he created a Facebook post releasing a list of names, addresses and dates of birth of those who sent their signatures to the board of elections in favor of the recall.

Once the city council meets on Tuesday, Correia has five business days to resign or a recall election will take place.

Correia is currently facing federal charges over the handling of funds on an app he created called SnoOwl.

He maintains that he will not resign.

Biden says in State of Union that US is ‘unbowed, unbroken’