Since June 1, there have been 9 shootings in the city of Fall River and no arrests have been made for the majority of them.

Since June 1, there have been 9 shootings in the city of Fall River and no arrests have been made for the majority of them.

The Fall River Police Department shared their data Thursday which is provided below:

“We are absolutely appalled by the uptick in gun violence in the city of Fall River,” Chief Cardoza said.

Cardoza added that he has asked Massachusetts State Police for help and the community action team has since been deployed in the city.

“These are very serious crimes that undermine people’s sense of security in their neighborhood,” DA Quinn said.

Quinn said that some of the people involved in the city’s recent crimes aren’t from Fall River.

“People are free to come here, but if the purpose is to deal drugs and commit crimes, that’s unacceptable,” Quinn said.

In the press conference Coogan says the city is bringing back “operation safe strip.” According to the mayor, this will be an initiative where police will keep an eye out for reckless driving, loud exhausts, and radios. 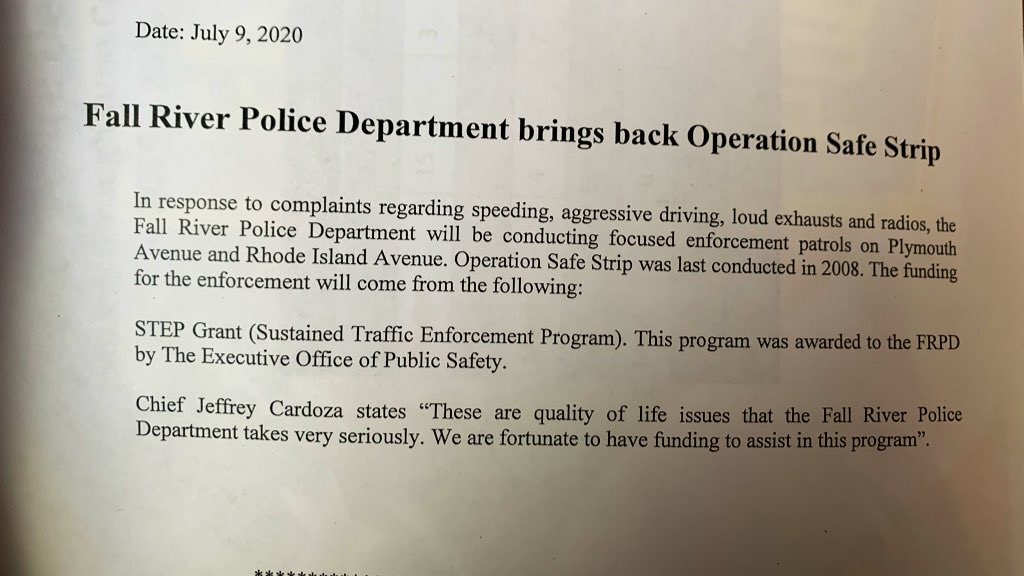 “People in Fall River should be safe and feel safe in our community,” Mayor Coogan said. “That familiar saying, if you see something, say something, should be the basis for how we all support each other.”

The police chief said that adding these resources is an assurance to residents that while they might not see police, “they’re there and they care.”

When asked about defunding the police, Mayor Coogan responded saying he believes that the police are an “integral part” of the city. Adding that he will not support defunding the city’s police department.

One dead after single-car crash in Providence