Family remembers 21-year-old killed in wrong-way crash, thanks those who tried to help

SOMERSET, Mass. (WLNE): ABC6 News first learned earlier this week that several people tried to help save a 21-year-old who died in a wrong-way crash on 195 in Somerset on Wednesday.

Adriaen Thibeault’s mother saw our story and wanted to thank them, along with the first-responders.

“Your heroic efforts, though not yielding the results any of us wanted, still speak volumes of humanity and love,” Danita Thibeault said. “The same humanity and love Adriaen tried to give everyone else he met.”

Thibeault said her son worked for FedEx and was driving to work when he was hit by a driver going the wrong direction.

Miriam Cruz, from Fall River, said she was one of the drivers who pulled over to help.

Ironically, Cruz also works for FedEx and is a driver on the early shift, which is why she was on the road at 3:45 a.m.

Thibeault worked at the distribution center on the ground floor, according to his mother. Cruz did not know Thibeault, but when she saw his car on fire she stopped and didn’t think twice.

Danita Thibeault is now hoping to share her son’s story, and shine light on his life, which was cut far too short.

Adriaen Thibeault grew up in New Hampshire, where his immediate family still lives. He moved to Rhode Island with his grandparents for 9 months. His mother said this was his last week of work before he went back home to New Hampshire.

He wanted to become a writer, which his mother says has always been his passion.

“He had a love for words, at a very young age, and would just sit for hours reading the dictionary to learn the etymology of the words and thinking of ways to use them in his own writing,” Thibeault said

Adriaen Thibeault has always been active in the community. He was a boy scout and a Bible Quizzing coach. As a teenager, he was involved in several home school co-ops and participated in sports at the local high school in New Hampshire. During the summers he lifeguarded.

“He was an extreme introvert, which is why he made friends and they were true friends,” Thibeault said. “He was the true friend, he sought to maintain those relationships and he sought to give comfort in every season and situation. This gave everyone even more reason to love him.”

Thibeault leaves behind 6 siblings, 5 sisters, and a young brother. 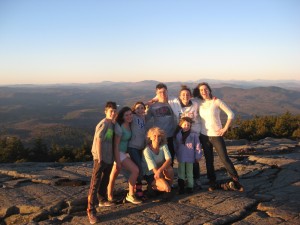 “He held each one of them in his arms and loved them deeply,” Thibeault said. “He was so excited when his baby brother was born because he finally had someone he could teach sports and be rough with. He was just as excited to mentor his brother.”

Massachusets State Police say the 50-year-old man from Bristol, accused of going the wrong direction and hitting him was taken to Rhode Island Hospital with serious injuries.

Police are still investigating why he was going in the wrong direction.

'The best vaccine for you is the one available': Health experts say all vaccines are effective