FOXBOROUGH, Mass. (WLNE) – A monstrous line outside of Gillette Stadium bright and early Thursday morning can only mean one thing: Patriots football is back.

Thousands of people lined up outside the gates well before the defending Super Bowl champions even took the field.

Like years before, the Patriots had attractions for fans of all ages. Kids can practice their passing and kicking, and also run through real football drills.

“It’s really tiring actually,” said one young fan. “You have to sprint through all the cones. But it’s really fun though.”

For adults the team offered a cornhole tournament where winners received prizes like autographed pictures from Tom Brady and Julian Edelman.

“The best part of all this for me is being around football, which I love, and cornhole which I also love,” said Patriots fan Andrew Gomes. 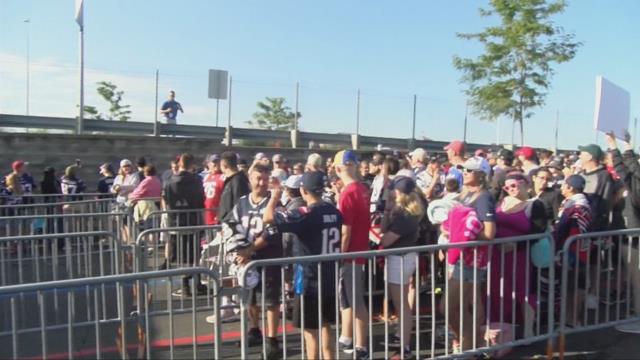 A big thing on everyone’s minds is who will step up to replace tight end Rob Gronkowski, who announced his retirement earlier this year.

“We’ll see,” said Ryan Powell. “They just signed Lance Kendricks, and Ben Watson is coming back, so we’ll see how they work out.”

Regardless of Gronks’s absence this year, most fans aren’t too concerned, as long as Brady is on the field.

“As long as you’ve got TB12 at quarterback, they’re always going to win the AFC East,” said Gomes.

Practices are free and open to the public throughout the rest of the weekend.

Newborn among 7 dead in landslide on Italy's Ischia island