Both Dighton Police and Fire responded to 444 Lincoln avenue at 6:06 p.m for a fire in a single-family home.

It was also reported that the house had an in-law apartment attached.

According to the Police and Fire, first responders saw smoke and fire coming from the garage area upon arrival.

While crews were able to knock the fire down, police and fire say extensive overhauling was needed and the residents are not able to return home at this time. 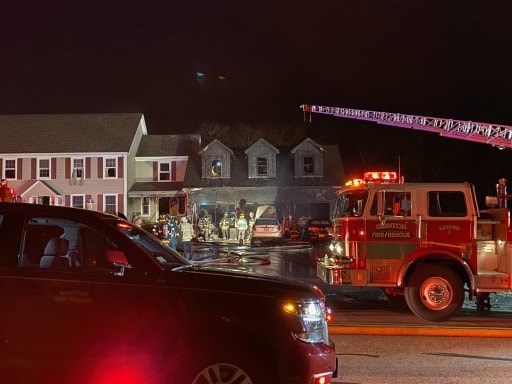 The special Signal Fire Association and Providence Canteen also responded to the scene.

The cause of the fire is unclear at this time and nobody was reported injured.