NEWPORT, R.I. (WLNE) – Beachgoers in Newport were met with a shocking sight last month when they encountered hundreds of freshwater fish washed ashore on Easton’s Beach.

Amy Mercier of Portsmouth was walking along the beach in mid-January along with her daughter when they noticed as many as 200 dead fish.

Mercier told ABC6 that she snapped a photo and sent it to relatives who are fishermen, who told her it’s a bluegill sunfish. She sent the photo to her local paper, the Newport Daily News, who then sent it to the Rhode Island Department of Environmental Management.

DEM spokesman, Mike Healey, said the fish likely came from a pond on the other side of Memorial Boulevard. He said a few hundred of them were washed ashore. 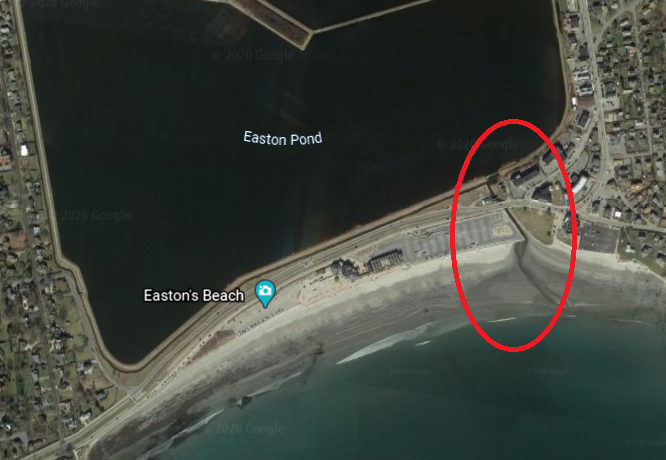 There’s a moat that goes around the pond, and a spillway that regulates the levels of the pond.

“If it gets too high,” Healey said, “the spillway releases water, and it goes out into the ocean.”

Healey said a team of five scientists put their heads together to figure out how this happened. The team, made up of experts from the Marine and Freshwater Fisheries Divison, came to two conclusions.

One, that during high tide, salt water may have spilled over into the pond, or two, that the pond rose due to rainwater, and the spillway opened, sending fresh water along with hundreds of fish into the Atlantic.

“It wouldn’t take long in salt water for them to die, and then they would have washed ashore.”

While it made for a nasty sight for the family, Healey sees it as a teachable moment.

“With climate change and sea-level rise, these are the kind of things that are gonna happen. You’re gonna have rising seawater coming into freshwater ecosystems and there’s gonna be problems.”

The fish have since been removed from the beach.

Boston businesses clean up after night of vandalism and looting

"Their fear needs to be heard": Governor responds to vandalism

Expert discusses what to do about college deposit deadlines

Man Dies in Hospital After Being Found in Street, Police Looking to Identify