PROVIDENCE, R.I. (WLNE) — A rare green-tinged comet will be visible in Southern New England through the remainder for the month. Known as a long-period comet, the last humans to see it were prehistoric! 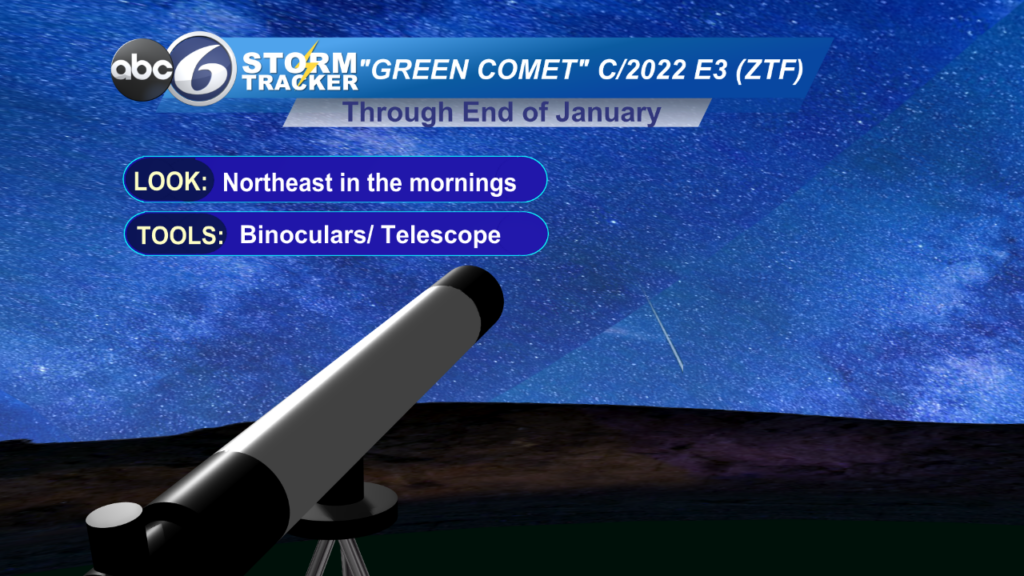 As it makes its closest approach to Earth, we will be able to see it on dark mornings looking to the northeast. Binoculars are the best tools to see it with if you don’t have a telescope.

As the ultimate brightness of a comet can be hard to predict, this one may actually become visible with the naked eye on the very last days of the month.