“I just applied anything I knew”; Nursing student steps in to help motorcycle crash victim

WARWICK, R.I. (WLNE) – A nursing student sprung into action after witnessing a motorcycle driver crash into a car Tuesday night in Warwick.

Hansen was on her way back from nursing school, driving down Airport Road when the crash happened.

“I thought it was just a fender bender or something,” Hansen said. “I definitely wasn’t expecting someone to be on the ground.”

Police say the 25-year-old motorcycle driver went into the wrong lane and hit a car headed the opposite way. Hansen says she saw a man lying on the ground unresponsive and without helmet on. 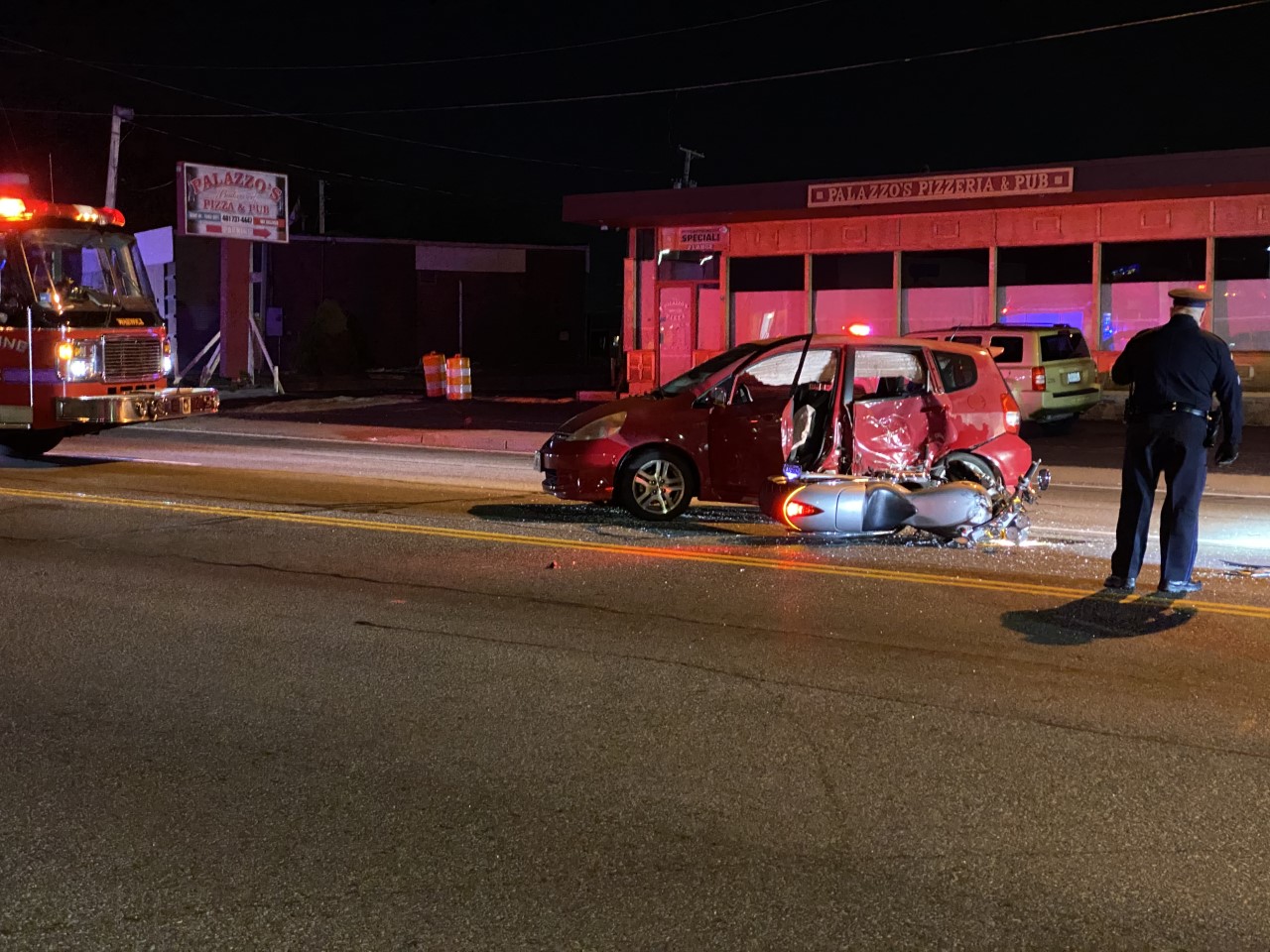 Without hesitation, she says she ran towards him and started running through nursing lessons in her head.

“I’m only four months into nursing school,” Hansen said. “I just applied anything I knew.”

She says she checked his breathing and pulse and immediately, several other people ran out to help.

“I made sure the scene was secure. There were other bystanders, another guy; I had him stop the traffic and call 911,” Hansen said. “I had another girl help me keep his head and neck aligned.”

Not long after, police arrived at the scene and took the man to the hospital. They say he suffered several severe injuries to multiple parts of his body, but likely thanks to the work of everyone who helped, he’s now stable.

Hansen says while her training helped, the most important lesson she could remember was one she was taught in class just hours before the crash.

“My teacher, she was just talking about how if you see something, not even just as a nursing student, but a person, you stop and do something,” Hansen said. “Even if it’s just making sure they’re not alone and calling 911. I would never want someone just driving by my son if that was my son in the road.”

Police also say the woman who was in the other car is doing okay, too.

They are investigating the crash.