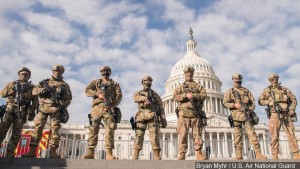 WASHINGTON (AP) – Troops in riot gear lined the streets of the nation’s capitol, but there were no crowds.

Armored vehicles and concrete barriers blocked the empty streets around the U.S. Capitol. From behind miles of fencing, Joe Biden was safely sworn in as president in a Washington on edge after unmatched security concerns following a deadly insurrection by pro-Trump rioters.

Law enforcement officials contended not only with the potential for outside threats but also with rising concerns about an insider attack.

Officials were monitoring members of far-right extremist and militia groups, increasingly concerned about the possibility such groups could stream into Washington and spark violent confrontations. 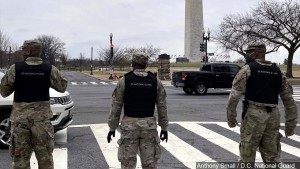