WARREN, R.I. (WLNE) – Residents of Warren made a worrisome discovery this week when noticing racist and hateful stickers were put on signs along Water Street.

The stickers display messages of white pride and Nazism, with sayings like ‘The KKK Wants You’ and ‘White Pride World Wide’, and were stuck to signs up and down the popular downtown street.

“It was actually really upsetting. I pretty much cried all night last night because I grew up in this town, so to see something like this is really upsetting,” said Warren resident Taylor Faria.

Faria said she heard about the stickers when a local artist in town posted his disgust about them to Facebook. She took a walk last night to see them for herself. 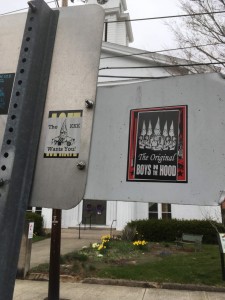 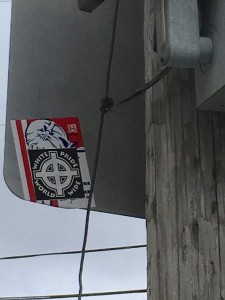 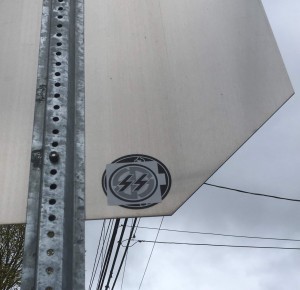 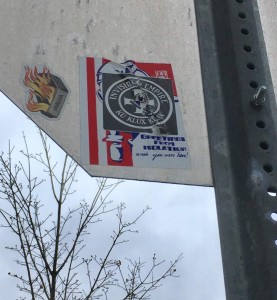 “I would say probably about 30 that I’ve seen. They’re going all the way down Water Street into the common area. Locals have been removing them and they keep continuing to be put up,” she said.

She tried to scratch them off, she said, but it was too difficult. That’s when she and her friend, Julie Souza, decided to do something about it. Souza, a Barrington resident, posted in a town Facebook group asking for help, with the idea to make a new sticker to cover them up.

“A lot of people reached out and wanted to help in a bunch of different ways,” Souza said. “Somebody from Barrington sent me that artwork, they have those signs up, so that we printed them for the stickers.”

The stickers they made say ‘Hate has no home here.” On Tuesday, the friends walked down Water Street, putting their stickers over the hateful ones.

Warren Town Manager Kate Michaud said in a statement to ABC6 that she heard about the stickers and said town staff will remove any they see immediately and added that the police department is investigating. She said racism and hatred will not be tolerated in Warren.

“Our residents and business owners are already stepping up to denounce these actions and to declare that this person (or people) do not represent them or their morals.  I would encourage everyone who is sickened by this, as I am, to speak loudly against this type of racist propaganda to send the message that this is not what Warren is about,” wrote Michaud.

Faria said she hopes the police will take the matter seriously, and would like to see people keep an eye out in that area for who’s responsible.

“I’m really hoping that the police department take this seriously. This is not a joke, this is something that people should be concerned about. Whether it’s a teenager playing a joke or it’s something more serious, we need to take it seriously. These signs need to come down, but more importantly, they need to be caught.”

Racist, hateful stickers promoting the KKK & Nazism have been found on street signs along Water Street in Warren.

At 5:30 — How residents have taken it upon themselves to cover them up with their own stickers: “hate has no home here” & what the town is doing about it. @ABC6 pic.twitter.com/LdIIHce3Pp