PROVIDENCE, R.I. (WLNE) — At a Providence School Board meeting Wednesday, dozens of teachers and parents voiced concern and frustration over the closure of three district schools.

Rhode Island Department of Education and the Providence School District announced Feinstein Elementary at Broad Street and Lauro Elementary will close at the end of this year. Gilbert Stuart Middle School will close in the coming years.

According to the district and the state, this decision comes as a result of crumbling schools and low enrollment numbers. They outlined a ‘”fewer and newer” initiative that would maximize school construction dollars. 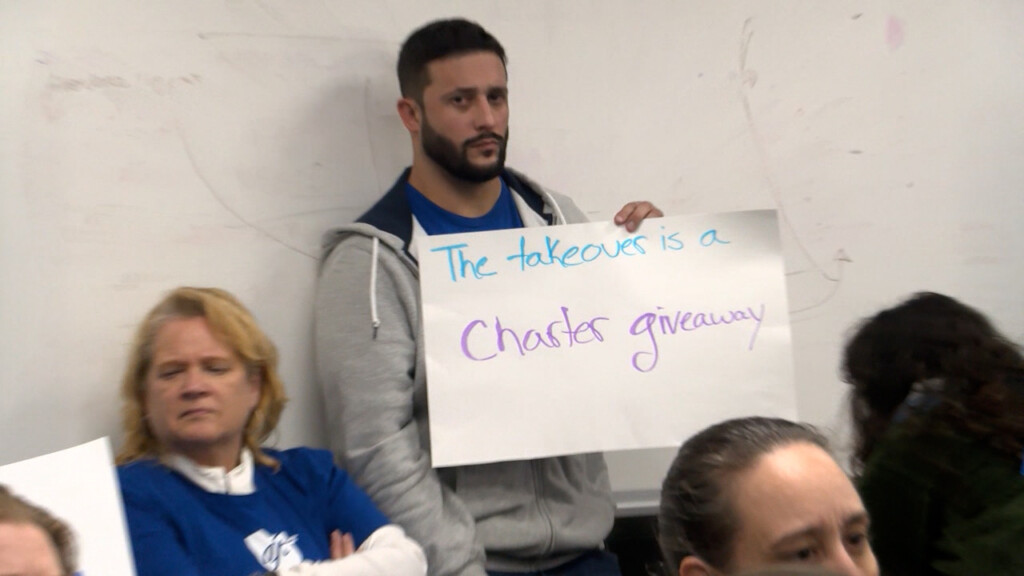 A person is seen holding a sign that reads, “The takeover is a charter giveaway” as Providence School Board meeting, Wednesday, Dec. 14, 2022. (WLNE)

But many who work in the district feel they were unfairly left out of the decision.

“The lack of communication and respect shown to this community, and by this community I mean teachers… It’s obscene,” said Maribeth Calabro, president of the Providence Teachers Union.

She told ABC 6 News that “it actually breaks my heart to walk through these schools. We have leaks in the roof right now. There are bags in the roof to stop those leaks. It is just not a conducive learning space.” 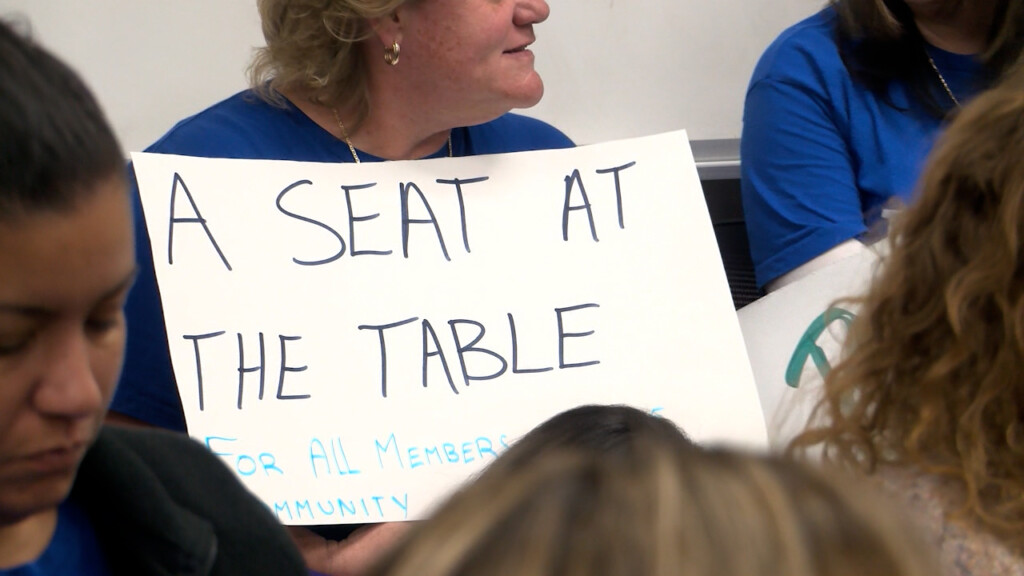 A person is seen holding a sign that says in part, “A SEAT AT THE TABLE…” during a Providence Schools Board meeting, Wednesday, Dec. 14, 2022. (WLNE)

Despite the plan to improve facilities, teachers fear these changes will rip communities apart.

One teacher explained to the board, “They’re not going to go to a brand-new school in September. They’re going to get scattered to the wind, and I won’t be there with them. I’ll be alright, I’m an adult. But this is their future.”

Teachers at the closing schools will have to reapply to positions within the district.

Many Providence School Board members agreed the process of informing the public was flawed. They even suggested the state pauses their plans until more public input is given.