GLOCESTER, R.I. (WLNE) – Glocester police are warning parents to keep a closer eye on their children’s candy after they seized more than 200 marijuana edibles wrapped in candy like packaging in a traffic stop over the weekend.

The driver, 29-year-old Trevor Meunier, was arrested Sunday and charged with one count of possession and manufacturing marijuana.

The edibles were covered in wrappers similar to common treats such as Trix, Rice Krispie Treats, and Cocoa Pebbles. 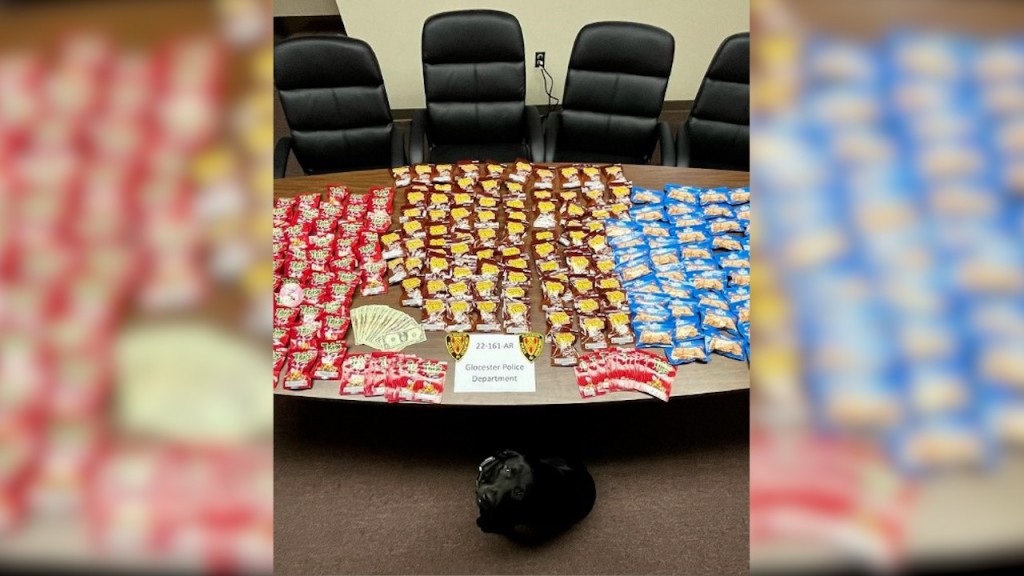 Glocester police shared this photo of edibles seized during a traffic stop.

Glocester resident Jen Belvin said she spoke with her kids right away when she heard of the bust.

“I do buy Rice Krispie Treats and they look exactly like the picture Glocester PD put on Facebook. I thought to show them that way they would be more aware that way when they eat something they check the labels first,” Belvin said.

Capt. Matthew Fague said each edible contained about 600 mg of THC. Now, police are telling parents to take a closer look at their children’s candy this Halloween.

“With Halloween coming up, we wanted to share this to the community. These treats can easily be mistaken for the popular name brand snacks that you could purchase in the store,” the department wrote in a social media post.