BRIDGEWATER, Mass. (WLNE) — A racist message sent through a dating app has a lot of people up in arms. The sender goes to Bridgewater State University, and now the recipient of the message is calling for action.

“He messaged me randomly and he said the n-word to me.”

Elisabeth Phillipes, a Framingham State University freshman, is hurt and outraged. She got quite a shock when a Tinder match sent her a hateful message.

The 19-year-old matched with Frank Walsh Jr. on Tinder a week ago. A few days later, the Bridgewater State student sent her a message full of racial slurs.

“He went out of his way just to message me that, swipe on me to say that. I asked him if he was joking and that’s when he unmatched me.”

Phillipes’ sister, Myjorie, stepped in when she heard the news. She took a screenshot of the message and tweeted it, gaining hundreds of likes and retweets,

“I didn’t realize how many people felt the same way and how disgusted they were by his actions.”

The university told the family in an email that they’ve reached out to Walsh, and have steps in place to address his behavior.

The Phillipes fear he’ll just get a slap on the wrist. They want the school to show him there are consequences.

“There is freedom of speech and you can say what you want, but you can’t just expect no consequences for your actions. You should expect it.”

Bridgewater State sent us a statement, saying the student’s demonstration of hate is against the school’s values and they have no tolerance for acts of hatred. 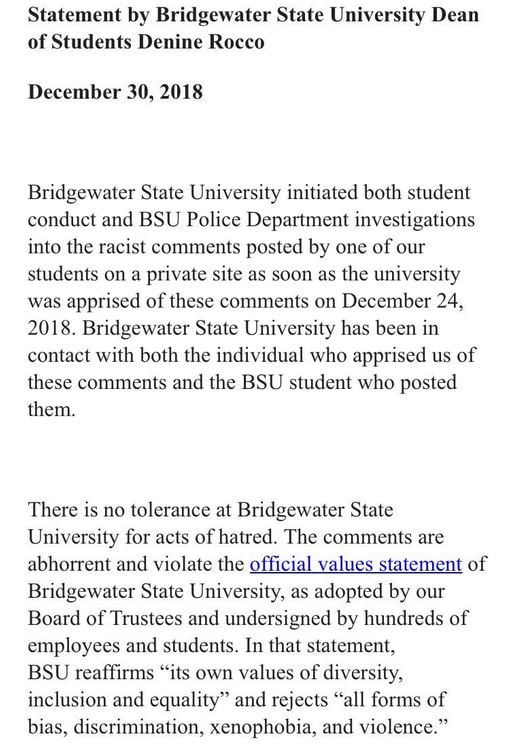 Grebien teams with DoorDash to battle hunger in Pawtucket