There were four main recommendations from the mayors, which were to address the management structure, invest in 21st century school buildings, invest in out-of-school learning time, and working with key stakeholders and amplify their voices.

“For decades, Providence’s education system has been one of the city’s greatest structural challenges, even as we have each continued to work to address systemic barriers,” Elorza said. “Together, we have outlined the bold changes needed for our students and families, and what we believe can best position Providence’s future in education. I thank Mayor-elect Smiley for his openness in receiving these recommendations.”

In 2019, a Johns Hopkins report revealed the current state of Providence’s education system, further increasing the dialogue on how to make improvements. 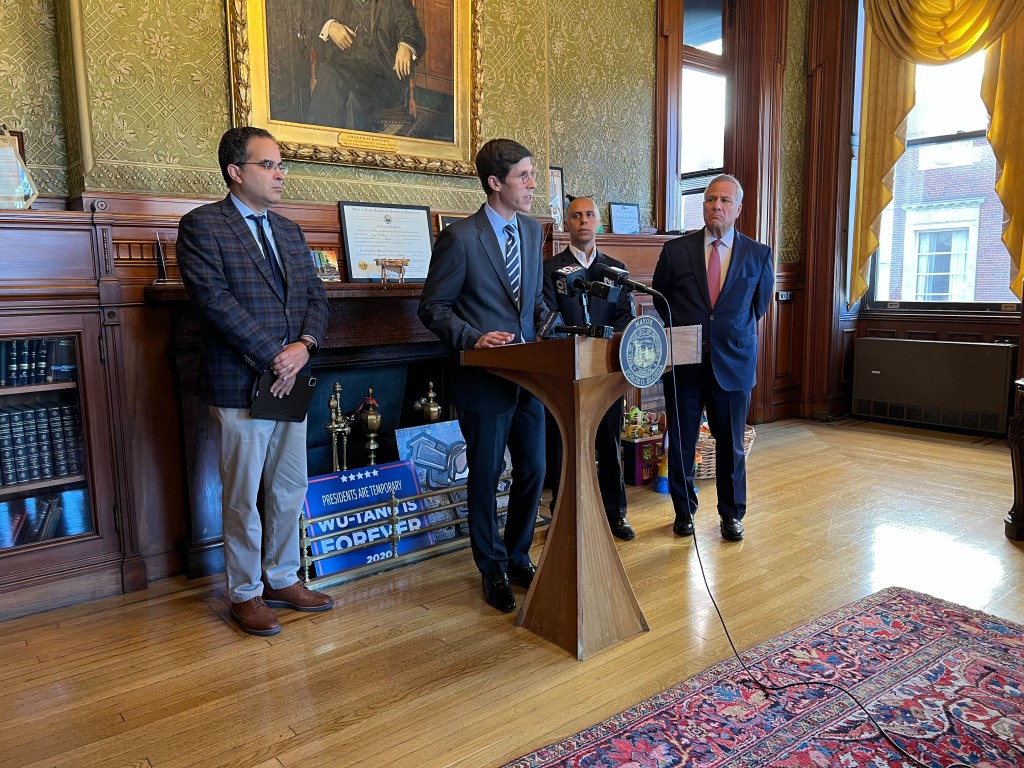 “Everyone in Providence is concerned about the state of our public schools,” Smiley told ABC 6 News in before the September primary. “We need to get to work — renovating and updating our school buildings and I’m committed to do so in a way that’s equitable throughout the city, so that every neighborhood feels like they’ve got a new or freshly renovated school in their part of town.”

“I want to get back to our neighborhood school model where families can feel like the best school for their child is the one that’s right down the street,” Smiley added.

Voters recently approved the charter change for Providence’s School Board to become half elected and half mayor-appointed.

Smiley opposed the ballot question, saying in September, “I don’t think an elected school board which will infuse even more politics into our school system is the solution to our educational problems.”

But the message on Monday also highlighted and suggested the addition of charter schools, with both Smiley and Elorza agreeing on their importance, “I did a poll, a private poll, this was back in June or July, we polled the question, ‘do you support the expansion of high achieving charter schools?’, 63% of families in Providence said yes,” Elorza said.

Smiley added, “My first focus is to be pushing for reforms within the traditional public schools, but at the same time, I’ve been quite clear about my support for high performing charter schools”.

Smiley begins his term in January.

A Warming Trend Into Mid-Week

One Rhode Islander killed, another injured in overnight crash in CT

Local perishes to merge at the end of the year