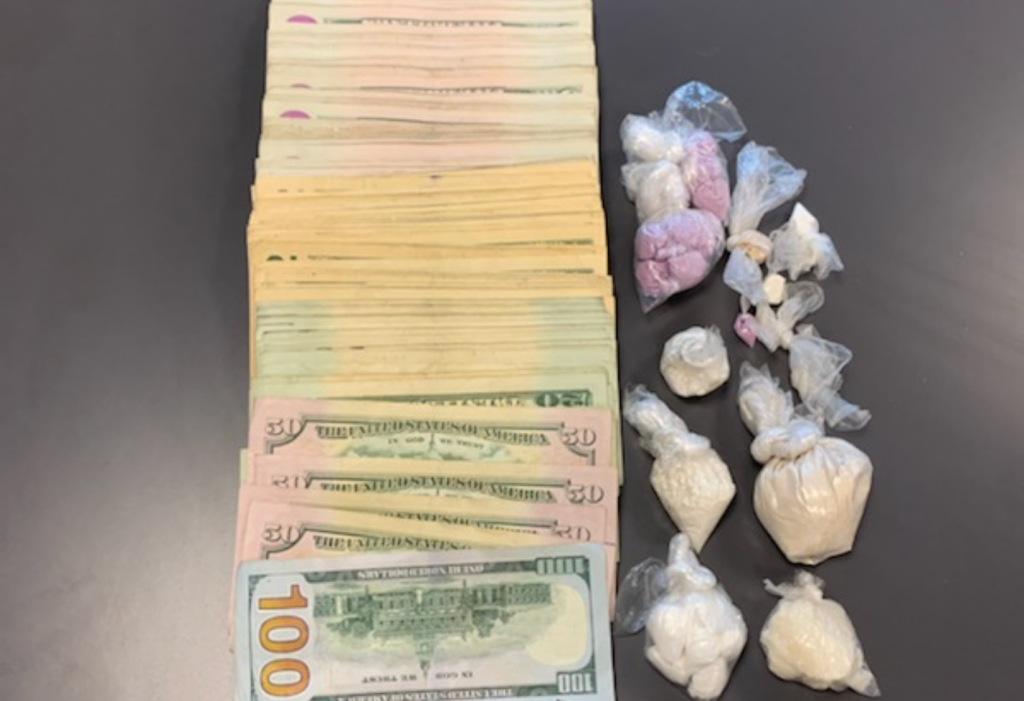 Dartmouth police shared this photo of drugs and money seized from a home on Sawyer Street.

Costa said Roberto Encarnacion, 33, and Heather Cruz, 36, were arrested and charged with trafficking fentanyl, cocaine, and possession with intent to distribute.