NEWPORT, R.I. (WLNE) –The Newport Police Department appointed their first LGBTQ liaison officer to help create an open dialogue between the community and their department.

Historically there has been a divide between the LGBTQ community and the police force.

The department hopes this dedicated position will help reduce those barriers.

Poplawski is part of both the LGBTQ community and the Newport Police Force. She said that she hopes to bridge the gap between both communities.

“If someone is not comfortable walking into a police station, and you know, talking about an incident, the idea is that I could be that friendly ear to listen,” said Poplawski.  “Even if they’re not comfortable with me, I have the ability to work with Sean and Dani to get other community resources in place.” 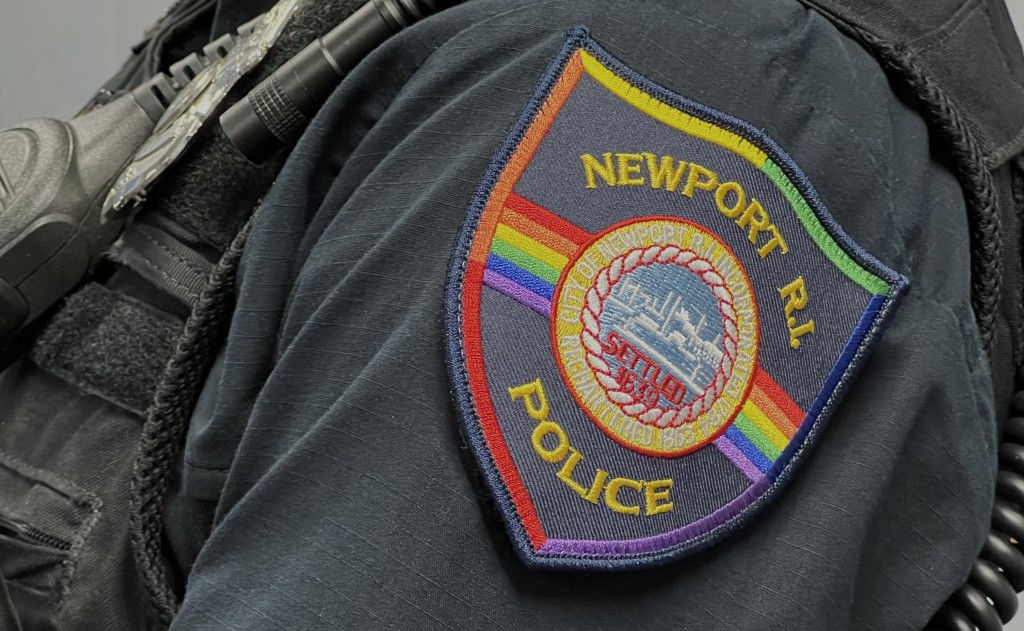 This is a photo of a rainbow Newport Police badge. (WLNE)

The department hopes to be a point of contact for other groups that may feel uncomfortable in the presence of police.

“The hope is that we can communicate with other members too, not just LGBTQ, but maybe this opens up doors for another marginalized group that wants to be heard but doesn’t have a voice right now,” said Poplawski.

If you want to be a part of the discussion, The Newport Police Department is encouraging all voices to come forward in their open discussion.