Officers arrest Texas man after threatening people with a gun

CRANSTON, R.I (WLNE) – Police arrest of a suspect after he was threatening to shoot people on Monday.

Police say at approximately 2:02 a.m, they received a call from a subject who stated he witnessed another man, operating a tractor-trailer, parked nearby, threatening to shoot people who were riding by on their bicycles.

Upon arrival, officers learned that the person making threats was previously inside the Zona Lounge located on Niantic Avenue.

The suspect, now identified as 28-year-old Tomas Pierre, of Killeen, Texas had since left the scene.

Pierre was located inside the tractor-trailer that was parked nearby on Navaho Street.

According to police, he was also intoxicated. 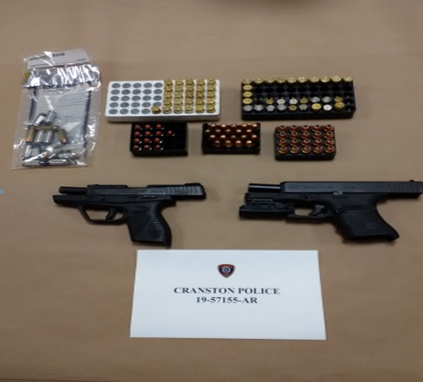 Police say they were able to remove Pierre and a subsequent search resulted in him being in possession of a Glock. 45 caliber, a Taurus .40 caliber and approximately 100 rounds of ammunition.

Pierre was arrested and charged with License/permit required to carry a pistol, Carrying a weapon while intoxicated, and Obstructing an Officer in the Execution of Duty.

Providence police investigate after car stolen with 2 children inside

Vaccine appears to protect against Monkeypox, per CDC