People attending the celebration were warned to keep drones away from the Charles River Esplanade on Thursday.

Visitors should also expect to see a large police presence with officers on foot, bikes, horses, boats, and even in the sky.

“Whether you see them or not,” said Undersecretary of Public Safety Jeanne Benincasa Thorpe, “These folks have one mission: to protect everyone’s safety.” 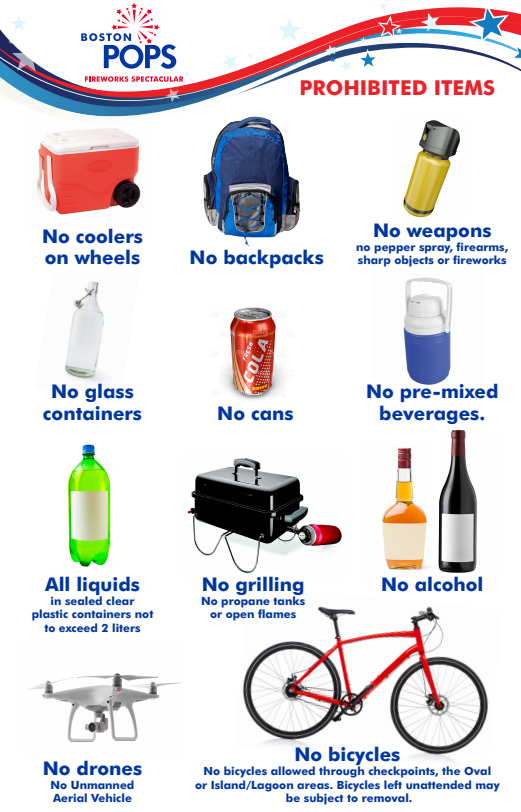 Other banned items include:

Anyone attending the festivities who sees anyone or anything suspicious or out of the ordinary is urged to contact police by either calling 911 or texting “B4” to 67283.

MBTA subway service will operate on a Sunday schedule until 2:00 p.m. on Thursday. After that, normal rush-hour services will resume.

“There’s a tremendous amount of work that goes into making sure that this is the safe, fun and enjoyable event that it’s supposed to be,” said Governor Charlie Baker.

US hiring stayed strong in November as employers add 263,000