PROVIDENCE, R.I. (WLNE) – Providence Mayor Jorge Elorza says the city has opened an investigation after a Providence firefighter says he was racially profiled by police officers.

President of the Providence Fire Union, Derek Silva says Terrell Paci was on duty and in uniform in front of the Messer Street Fire Station when a gun was drawn on him by police officers.

We stand with our brother, Terrell Paci… pic.twitter.com/OJYFbGOEl2

The police union said officers were responding to a call about a man breaking into a business.

Officers pulled over a car matching the description that was given, which was the car Paci was in.

Weapons were drawn when officers asked the people inside of the car to step out and show their hands.

The police union says the officers apologized after for any misunderstanding.

The incident remains under investigation. 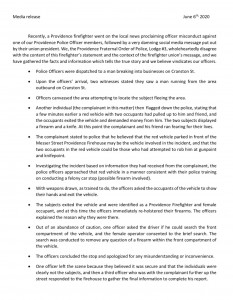 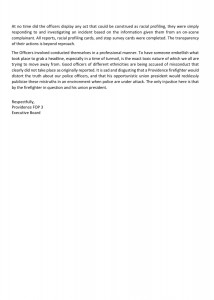 Custodian honored for saving life of student in Bristol