PROVIDENCE, R.I. (WLNE) — Providence police on Wednesday released body camera footage of an arrest they made in an early morning shooting.

The shooting happened at about 1 a.m. Wednesday on Dorr Street.

Police said a man his 30s was shot in the neck. He was taken to the hospital, where he’s in critical condition.

In a press conference Wednesday, Col. Hugh Clements said officers saw a man matching the suspect’s description. When the man saw the officers, he took off.

“[The] police officer puts the car in park and jumps out of vehicle — pursues him on foot, pretty good foot pursuit, as the police officers is giving commands to stop,” said the colonel.

This is a photo from a Providence police body camera that was released, Wednesday, Aug. 31, 2022, of an arrest related to an early morning shooting. (Providence Police Department)

Clements said an officer “fully believed [the suspect] was still armed with that firearm.”

Police said the man tossed the gun while being chased. A taser was then deployed to make the arrest. 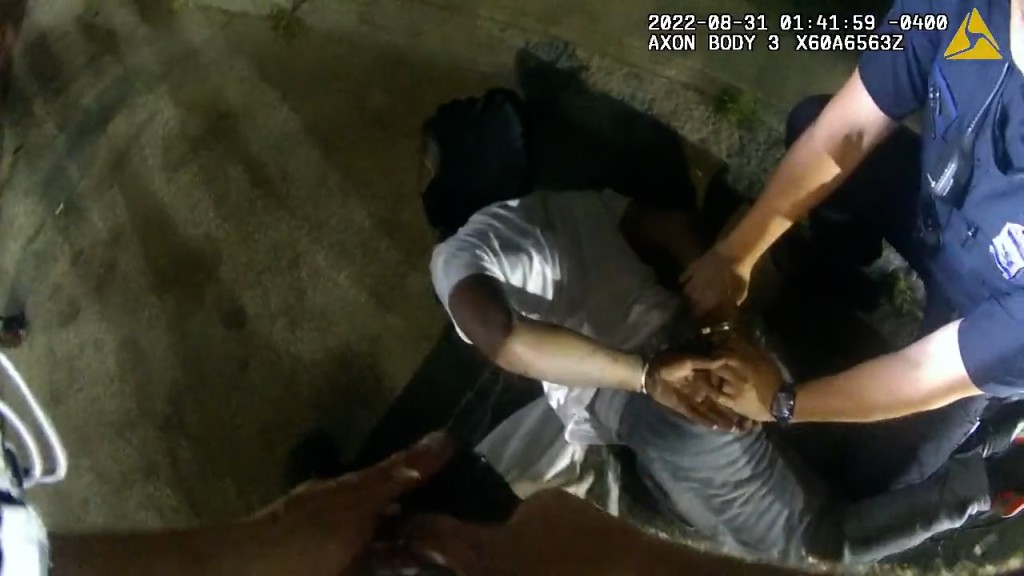 This is a photo from a Providence police body camera that was released, Wednesday, Aug. 31, 2022, of an arrest related to an early morning shooting. (Providence Police Department)

The colonel said the suspect’s gun was recovered. Police have yet to release his name.

Man hospitalized after being shot in chest in Pawtucket