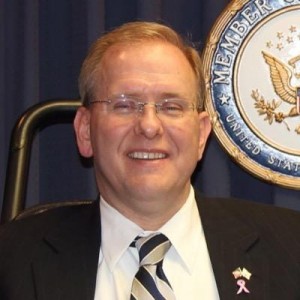 This comes amid increasing calls Thursday for the President to be impeached or removed through the 25th Amendment.

Representative Langevin, in a statement released Thursday afternoon, condemned the acts of violence carried out yesterday at the U.S. Capitol.  Those actions, including the takeover of the U.S. Capitol building, occurred during Congress’s Joint Session to certify Electoral College votes for President-Elect Biden and Vice President-Elect Harris.

“I am both angered and saddened by what transpired following President Trump’s calls for his supporters to ‘show strength’ and ‘fight.’ Enough is enough,” Langevin said.  Yesterday’s rioting came just minutes after President Trump addressed protestors, who then marched to the U.S. Capitol building.

The Congressman said “President Trump’s reckless behavior has endangered lives and has undermined the foundation of our democracy. He betrayed his oath of office and is not fit to serve.”

Representative Langevin says President Trump should resign immediately.  If he does not, Langevin believes Vice President Pence should use the power granted to him under the 25th Amendment to relieve him of his duties.

If the Vice President doesn’t invoke the 25th Amendment, Langevin says it’s then up to Congress to impeach.