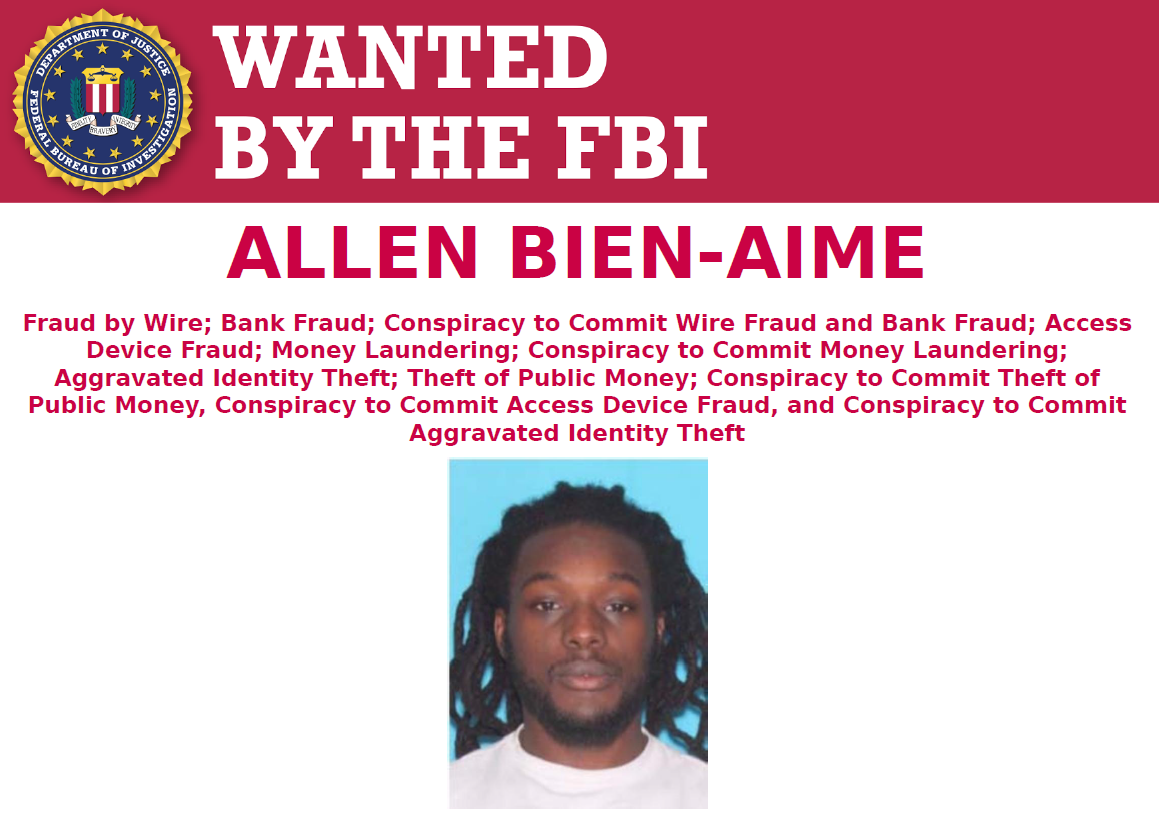 Bien-Aime is wanted for his alleged involvement in a number of fraudulent unemployment insurance claims submitted to the Rhode Island Department of Labor and Training.

He was also allegedly involved in schemes to use stolen personal identifying information to apply for online unemployment benefits. These benefits are being directly deposited to one of many bank accounts used for receiving fraudulently obtained unemployment insurance benefit payments and tax refunds.

The fraudulently obtained funds were allegedly withdrawn shortly after the funds were deposited and posted to bank accounts in the names of other individuals.

On October 6, 2020, a federal arrest warrant was issued for Bien-Aime in the United States District Court, District of Rhode Island, after he was charged with the following:

Bien-Aime is a 29-year-old Black male with black hair, brown eyes and tattoos on his chest and arms. He is approximately 5’6” in height and weighs approximately 150 pounds. He last resided in Lehigh Acres, Florida.

Anyone with information regarding his whereabouts should call the FBI Boston Division at 1-857-386-2000. Tips can also be electronically submitted at tips.fbi.gov.