“This program saves lives. It gives information and insights to public safety officers so they can help out,” said Senator Reed.

TAP received a $100,000 federal grant under Kevin and Avonte’s law to help those with autism and developmental disabilities.

Senator Reed helped pass this law in the 114th Congress.

The law is named after Kevin Curtis Wills and Avonte Oquendo, two boys with autism who died after wandering from specialty schools.

In efforts to train first responders, TAP created training videos, and will continue to provide training in various situations. 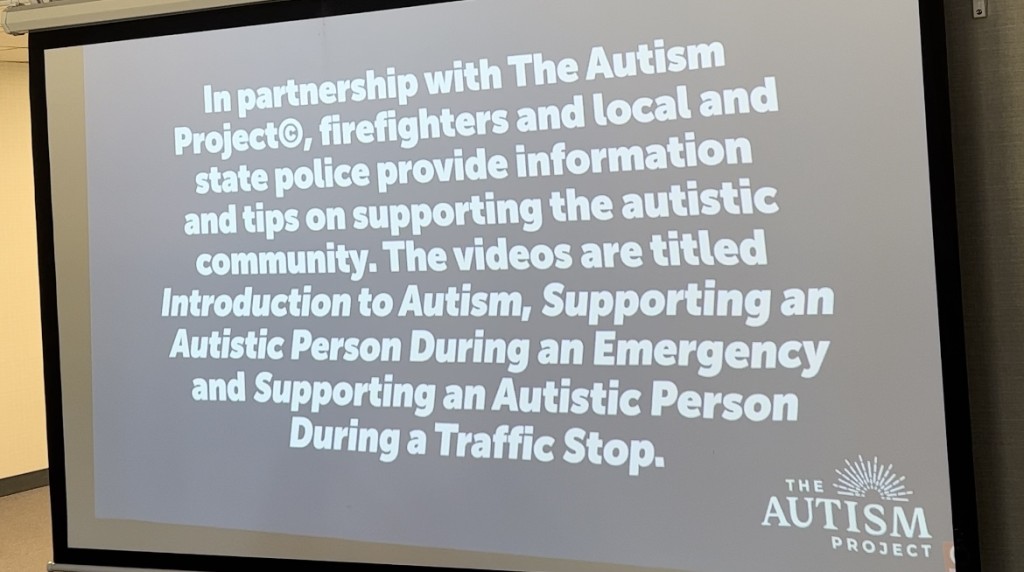 This is a photo from one of the training videos. (WLNE)

Senator Reed said, “They are a big help to first responders and other members of the community. They help us better understand, appreciate, and interact with individuals on the autism spectrum. Particularly in an emergency situation where someone with ASD [autism disorder], has wandered off and may be in danger.”

“Children and young teens with ASD are 40 times more likely to die from preventable injuries that the general population avoids, and drowning, regrettably, is the leading cause. TAP is working hard to prevent that,” added Senator Reed.

Joanne Quinn, executive director of TAP, said that ensuring safety in all training events is crucial to the success of the project.

Quinn added, “We’ve created packets, which we have outside, of information and visuals for law enforcement and first responders to have on their trucks and in their cars, so they can communicate better with our people.”