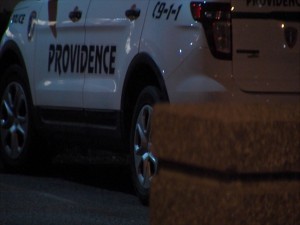 PROVIDENCE, R.I. (WLNE) – Gunshots were fired, while a police officer was trying to disperse a large crowd in Providence early Sunday morning, according to police.

An officer called for backup after hearing shots fired near a gathering on Dupont Drive around 4:30 a.m.

There were about 200 to 300 people at the gathering, the officer said, smoking hookahs, weed, and drinking alcohol in a parking lot with loud music playing.

The officer was writing a loud music summons for one of the people at the gathering, when the gunfire was heard coming from the direction of where vehicles were leaving the parking lot, according to police.

There were around 100 to 150 vehicles near the gathering, the officer said.

Police also added that 10 to 20 vehicles that left the Dupont Drive gathering, then gathered at a spot on Reservoir Drive.

According to police, they got a call about shots fired near that gathering on Reservoir Drive, while there on their way to break up that crowd.