Some worry contraceptives are next, after Roe v. Wade is overturned

PROVIDENCE, R.I. (WLNE) – What could come next?

That’s the question many have on their minds in the days following the reversal of Roe v. Wade, after Justice Clarence Thomas stated birth control should be next on the table to discuss.

Dr. Nancy Stanwood, with Planned Parenthood of Southern New England, said people are not wrong for worrying that could soon change, too.

But, it’s early to tell what could happen. ABC 6 News spoke with Dr. Stanwood today and asked a variety of questions circulating online, especially surrounding long-term contraceptives like IUDs.

Stanwood said it’s not something women should jump to do, adding these conversations are always important to have ongoing with your doctor. Nonetheless, PP expects to see a major influx in women seeking these forms of birth control in the next few months. 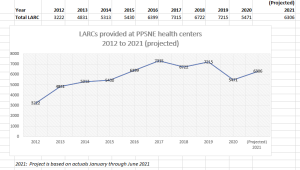 Right after the Supreme Court’s draft was leaked last month, Gov. Dan McKee joined a coalition of 17 total governors across the country in calling for immediate action to protect reproductive rights.

On Monday, ABC 6 confirmed with a spokesperson for McKee’s office that there is something currently in the works — that would further reinforce the rights a woman has in the state- similar to what Massachusetts passed on Friday.

This would protect healthcare providers who perform abortions in the state and also protect women who come out of state to get an abortion in Rhode Island.

What happens if I live in Rhode Island, but my healthcare is based out of a state where abortions are now illegal?

Is Plan B still legal?

There currently are no states in the country where Plan B is illegal. Experts anticipate that will change.

Stanwood wants women to remember that these options are available both online (no prescription needed) and in most drug stores.

#NOW: protesters in the state house ahead of the FY2023 signing by @GovDanMcKee and other law makers.

Protesters outside, don’t want the budget signed unless EACA is included in it or is passed.

That would cover state employees and people who use Medicaid to get an abortion pic.twitter.com/kIFcqkCL8B

Do you have what it takes to be the next American Idol?