"We need motorists to slow down, buckle up, and not drive impaired. If you see someone driving dangerously, we encourage you to call 911 and help us to make our roadways safer" says Colonel James M. Manni

PROVIDENCE, R.I. (WLNE) – Rhode Island State Police have released details into three separate, fatal accidents that happened on I-95 early this morning. State Police say these accidents all happened within twenty minutes of each other.

Troopers responded to a single-car crash at 1:30 a.m. on I-95 North near Branch Avenue in Providence.  Troopers found one car that had left the right lane and struck a tree.  The driver was ejected from the car and pronounced dead on scene.

State Police identified the victim as 22-year-old Joseph Abreau of Providence.  Police say speed appeared to be a contributing factor into this crash, as it remains under investigation.

Anyone with information regarding this incident is asked to contact State Police Lincoln Barracks at (401) 444-1100.

The second incident happened at 1:44 a.m. when Troopers responded to a rollover crash on I-95 North near Exit 30 in Pawtucket.  When they arrived, Troopers were told that a good Samaritan had stopped to help a passenger in the vehicle that had rolled over, but was hit by a red colored car that had fled the scene.

The good Samaritan was pronounced dead at the scene.  State Police identified the victim as 34-year-old Jennifer Toscano of Stoughton, Massachusetts. Toscano was an off-duty nurse.

Shortly after, Troopers found the red vehicle that had hit Toscano on I-95 North.  The driver was identified as Luis Baez, 22, of Jamaica Plain, Massachusetts.

Rhode Island State Police have charged Baez with the following: 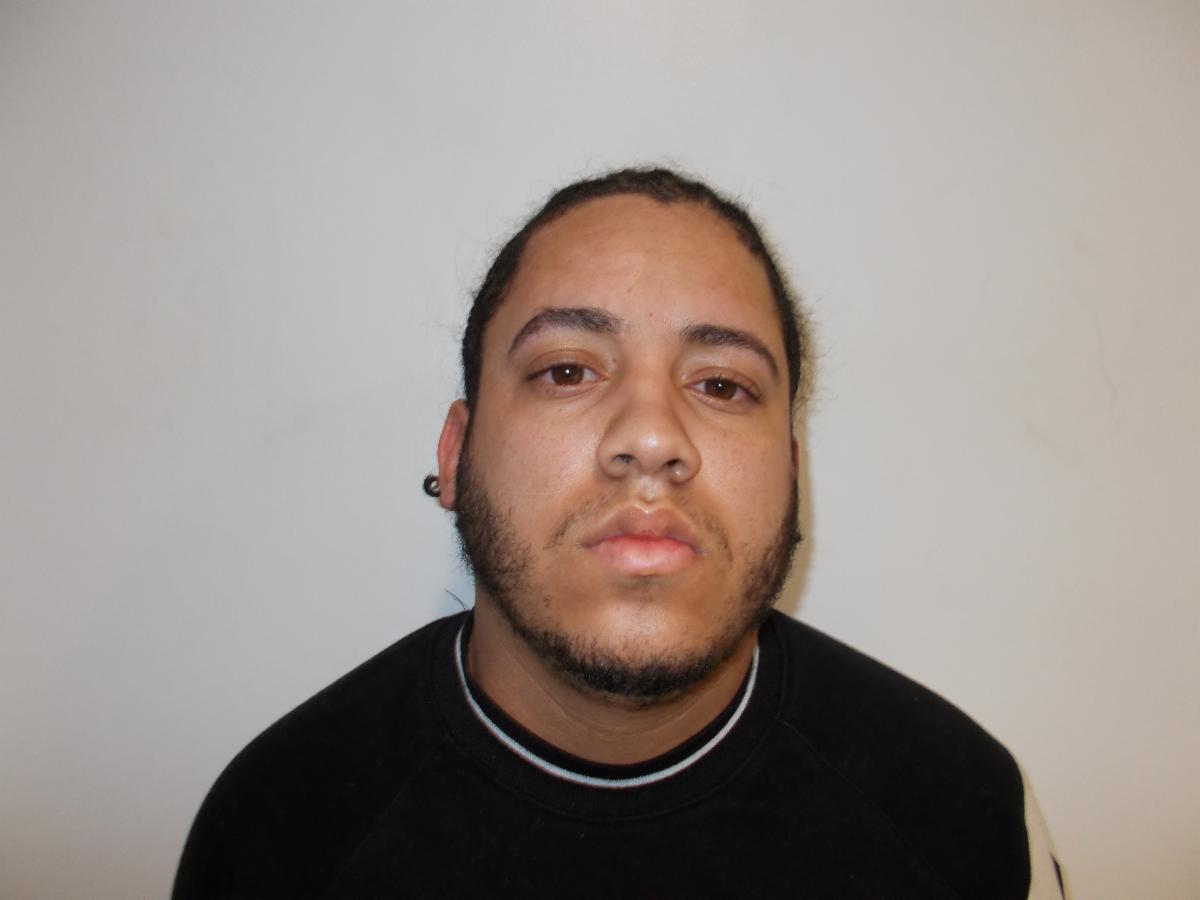 Luis Baez (pictured above) will be arraigned in Providence District Court on Monday.  Police say the investigation into the rollover crash and the resulting pedestrian fatality continues.

Anyone with information is encouraged to contact Rhode Island State Police Lincoln Barracks at (401) 444-1100.

The third accident happened at 1:49 a.m. when State Police responded to a single-car crash on I-95 North near Exit 3 in Richmond. State Police say a preliminary investigation showed that a 2015 Hyundai Sonata left the right lane, and hit multiple poles and a tree, before being engulfed in flames.  Several good Samaritans stopped and were able to remove the driver of the burning vehicle, who was identified as 25-year-old Brian Joseph Scacciaferro of Niantic, Connecticut.

Scacciaferro was transported to Kent County Hospital where he was pronounced dead.

State Police say the crash remains under investigation, but both speed and alcohol appear to be contributing factors.

Anyone with information regarding this crash is asked to contact Rhode Island State Police Hope Valley Barracks at (401) 444-1068.

“This was a terrible morning on our highways and one I hope to never see again,” said Colonel James M. Manni, Superintendent of the Rhode Island State Police and Director of the Rhode Island Department of Public Safety. “Alcohol, excessive speed and reckless driving appear to be factors in these incidents and as a result, three families have lost loved ones. Last night’s tragic death of a Good Samaritan – truly the first responder at the scene of a crash – is a horrifying reminder that we have a shared responsibility to make our roads safe.”

Manni continued by saying, “We have increased patrols and we respond to every call, but bad behavior continues to make our highways incredibly dangerous and these deaths were all preventable. We need motorists to slow down, buckle up, and not drive impaired. If you see someone driving dangerously, we encourage you to call 911 and help us to make our roadways safer.”

A Lot Of Clouds For Your Sunday