The first thing I can say is WOW.  I did not expect Joey to be sent home.  I truly thought it would've been Kirstie or Bristol.  I am glad however that they were both safe and will be returning.  They have improved greatly since their previous appearances and even though they do not have the skills the other stars have, it is nice to see them trying their best and giving it their all.
Wednesday, October 10th 2012, 9:10 AM EDT
Wednesday, October 10th 2012, 9:30 AM EDT 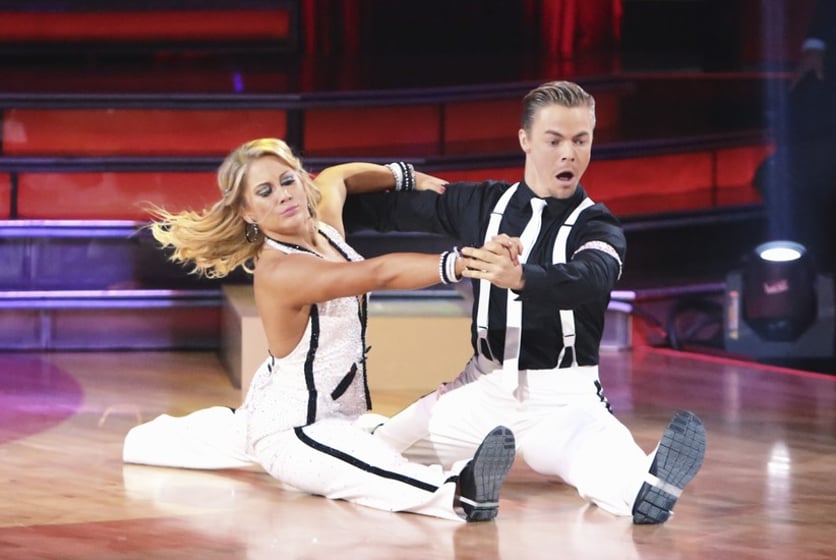 By: Rhonda Correll  of Swansea, Ma
WOW, WOW, WOW.  What a show tonight.  This has got to be my favorite season yet.  Honestly in the beginning I wasn't crazy about stars returning as I didn't think they could offer anything new.  Boy, was I wrong!
I cannot express how thankful I am for the opportunity to be chosen as So New England's DWTS All-Star Super Blogger.  After tonight's show, I don't even know where or how to begin with the blog.  I am still blown away by the performances tonight.  I must say my favorite of the night was Shawn and Derek's Quickstep.  I loved how they incorporated her gymnastic skills into the dance.  Even though it broke the rules and they lost a few points because of it, I thought it was fantastic.  They were perfectly in sync and it was a great routine.
My next favorite was Melissa and Tony.  I loved the opening moves.  They were very unique and made you hold your breath hoping Tony wouldn't drop her.  The choreography was great as well.  Kirstie and Maks had an interesting Cha-Cha.  It was her best dance so far.  The make up team overdid it a bit on Maks as he wasn't even recognizable.  Loved Kirstie's comment that he would make a good drag queen.  She cracks me up.
I feel that Sabrina overdanced her Passo tonight.  She is such a strong and gifted dancer but she needs to not be quite so hard and sharp with her movements.  In my opinion if it were softened down a bit, she would be so much better.  She has the ability to win the mirror ball trophy if she didn't try so hard.  Emmett and Cheryl had a very nice Passo.  He was strong and totally lead the dance.  Helio and Chelsie had a great Quickstep until he stepped on her dress.   It totally threw him off which caused more errors with footwork.  I felt so bad because you could see the disappointment in his face, but yet he still tried to hide it with a smile.  Bristol and Mark had a very good Passo.  It is her best dance yet.  I am so happy to see her improving week after week.  She has more obstacles to overcome than the rest of the stars so it must be very difficult, but she is doing a great job and I hope she continues.
Drew and Ana did not impress me much tonight.  Drew seems to be very flat footed this season and almost stiff.  He has done so much better in the past.  Hope he gets back what he had when he won season 2.  Gilles and Peta did a beautiful Tango.  I loved the artistry of him floating away in a dream.  I was so caught up in the beauty and story of the dance that I did not see what the judges noticed with footwork errors and bad holds.  Kelly and Val wowed me.  Their Passo was incredible.  She is such a beautiful dancer with great lines and movements.  Apolo and Karina's Foxtrot also wowed me.  It was absolutely beautiful.  Very different from all the other stars doing much faster dances.  It was so artistic and enjoyable to watch.
I am still blown away by the levels of performance these returning stars are bringing to the showroom.  Can't imagine what is needed to earn a 10!  I am not looking forward to tomorrow night's double elimination.  I don't want to see anyone go home!  Not even going to try to guess who because I think they all deserve to be there and hate seeing anyone who has tried so hard being sent home.  I am looking forward to next week when Paula Abdul will be the guest judge.  Talk about pressure!
Until next Monday, keep voting America.  Your favorite teams need your votes to stay alive!  Missed the show, follow up with the link under the picture.  You can also view bios about your favorite team, chat with other DWTS fans, play trivia games and so much more.  Also be sure to check out and like DWTS's facebook page where you can post comments, get updates, see pics and more..