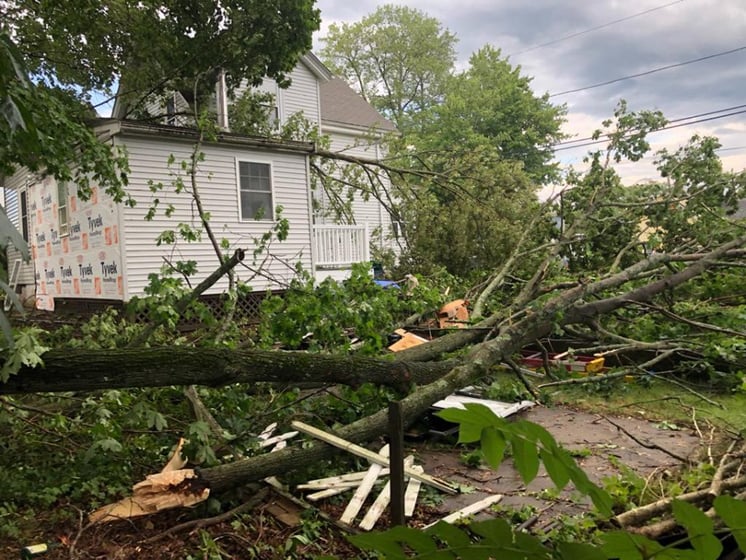 Attleboro mayor Paul Heroux took to Facebook to share photos of damage left behind by the storm.

According to North Attleboro Police, Reservoir Street around the 200 block is impassible.

Officials say the Department of Public Works is responding in the Norton Street and Draper Avenue area.

Those crews are set to head to Jefferson Street and Reservoir Street next.

ABC6 has a crew on scene that reports homes on the following streets are also damaged: