Friars Bounce Back From Northwestern Loss With Win over St. Peter's 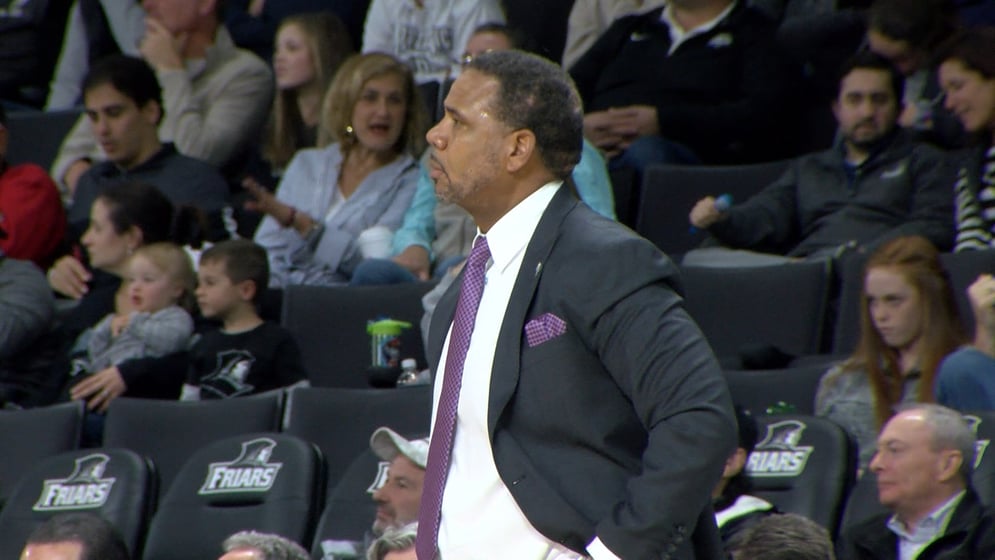 The Providence College men's basketball team defeated the Saint Peter's Peacocks, 68-47, on Saturday, November 16 at the Dunkin' Donuts Center in Providence, R.I. With the win, the Friars improve to 3-1, while the Peacocks drop to 0-2. Providence moves to 4-1 all-time against Saint Peter's.

"You have to play the guys that are going to produce." Head Coach Ed Cooley said. "That's a good problem to have and a bad problem because everyone feels that they should be playing. But at the end of the day, we want to play guys that earn it, that deserve it. We want guys that play to win, guys that play together."

A steal and dunk by Maliek White (Richmond, Va.) gave the Friars an early 13-4 lead and forced a timeout. Kalif Young's (Vaughan, Ontario) layup pushed the Providence lead to double-digits for the first time in the game, 21-11, with just above eight minutes left in the first half.

Providence forced 14 turnovers in the first half, converting them into 21 points. The points off turnovers were critical into building a 21-point first half lead. The Friars entered the break leading, 42-21, led by Duke's 10 points. Providence shot 57.1% (16-28) from the field and 81.8% from the free throw line in the first half.

A slow-start for the Friars in the second half, only scoring two points in the first five minutes of play, but strong defense helped the Friars hold the lead. A Pipkins lay-in at 12:46 gave Providence their largest cushion of the game, 50-25.

Kris Monroe (Creedmoor, N.C.) made his presence felt in the second half, ringing in a three-pointer and jump shot in back-to-back possessions.

Providence is back on the hardwood at the Dunkin' Donuts Center on Tuesday, Nov. 19 at 7:00 p.m. against the Merrimack Warriors on FSN.