TAUNTON, Mass. (WLNE) – The Taunton Police Department is seeking the public’s help in identifying a suspect involved in a hit-and-run that killed an 85-year-old man.

The incident happened around 5:30 p.m. on November 6, 2019, when Jose Ferreira was hit by a car while he was walking on Middleboro Avenue in East Taunton.

.@BristolDA now saying the vehicle of interest in last night’s fatal hit and run​​​​ is a blue or dark colored pick-up truck believed to be a GMC Sierra — 1999 through 2007 model. It may have minor damage to its hood and/or windshield. Contact @TauntonPolice with info @ABC6 pic.twitter.com/1tuFeAlzRv

Police say that Ferreira was lying in the roadway when they found him.  He was transported to Morton Hospital where he was later pronounced dead, according to the Bristol County DA’s office. 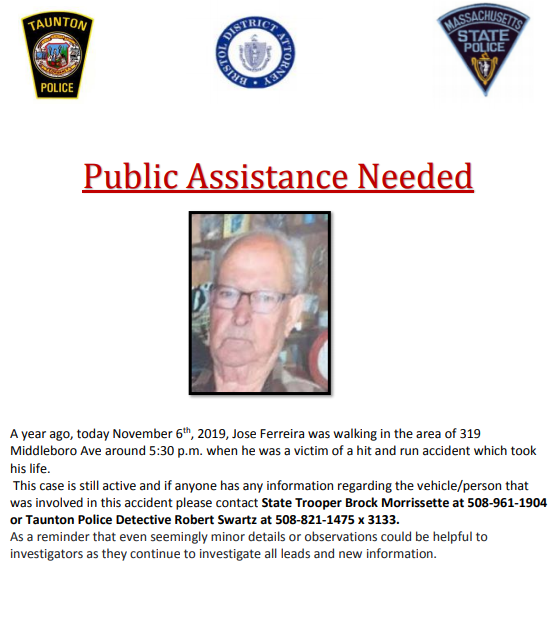 Police remind the community that even minor details could be helpful to investigators.