BRISTOL, Conn. (WLNE) — Thousands of people across the country came to say their final farewell to two Bristol, Connecticut, officers killed in the line of duty at a joint funeral Friday morning. 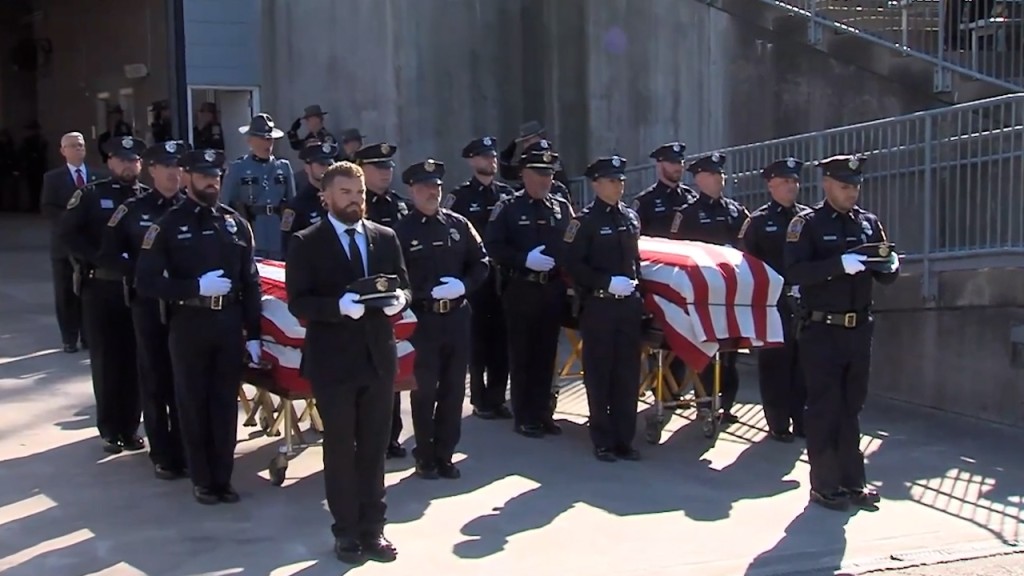 This is a photo of Lt. Dustin Demonte and Sgt. Alex Hamzy’s caskets being carried into the funeral, Friday, Oct. 21, 2022.

Lt. Dustin Demonte, 35, and Sgt. Alex Hamzy, 34, were shot and killed last week in what was believed to be an ambush. Officer Alex Iurato, 26, was also injured during the incident.

Demonte was a 10-year veteran of the Bristol Police Department. Hamzy served the department for 8 years.

On Wednesday, the police department announced that the two officers were posthumously promoted. 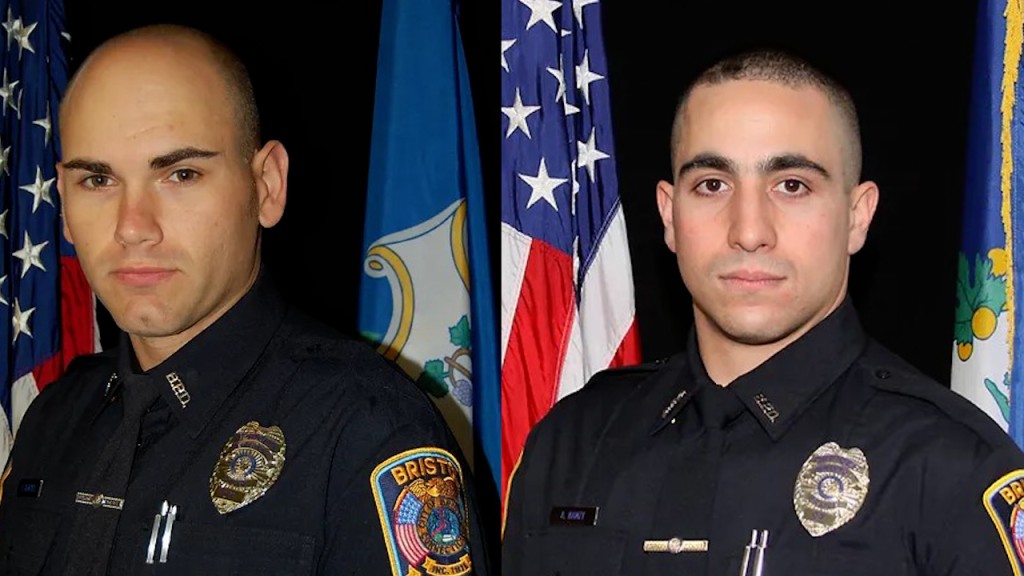 In Rhode Island, police officers from Cranston, Johnston, Providence, state police and the honor guard made the trip to Connecticut to pay their respects.

“It’s very tough,” said Cranston Police Captain Gerard Carnavale, who traveled as part of a motorcade to honor the fallen officers. “A lot of times you don’t see any dry eyes with these funerals.”

The funeral started at 11 a.m. at the Rentschler Field on Silver Lane in East Hartford.

The funeral procession for the two officers began at 8:55 a.m. from their hometowns of Bristol and North Haven. Officers from Rhode Island took part in the escort and called the duty an honor.

“It’s such a horrible time for these families,” said Greg Silvia, a patrolman with the Bristol Police Department in Rhode Island. “We just hope this gives them a little support and makes a horrible day just a little bit better.” 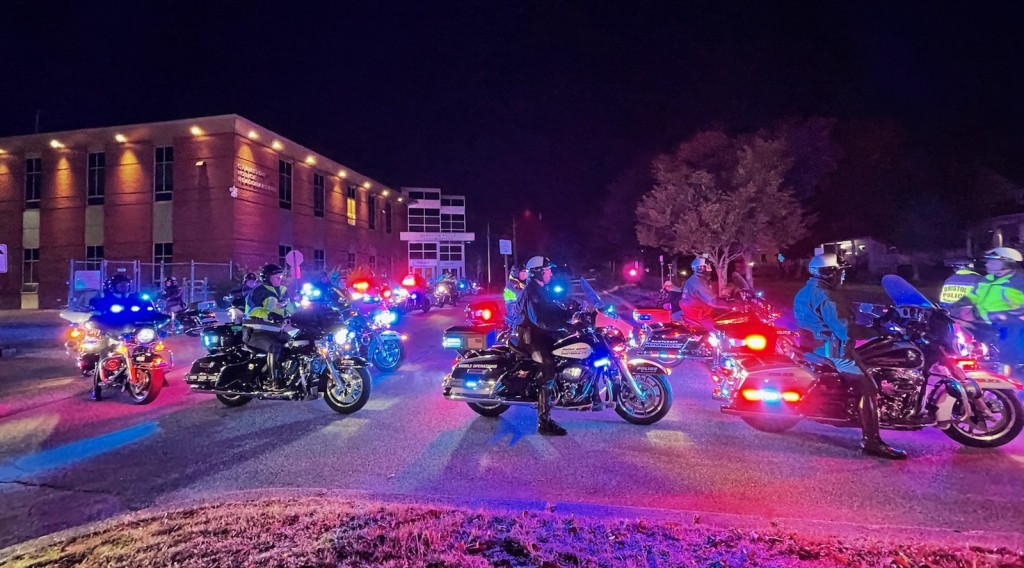 In addition to officers from Providence and Cranston, units from Bristol, Central Falls, Portsmouth, Pawtucket, Warwick, and others were in attendance representing Rhode Island.

“Although we don’t work side by side with these officers when there is a tragedy, we all come together as one to sit there and honor the officers for doing their job,” Cranston Police Sgt. Peter Leclerc with the told ABC6 News.

One dead after overnight crash in Raynham