WEBSTER, MASS. — Dozens are left to find a new home after a tornado tore through Webster Saturday morning.

"It’s been a long time since we’ve actually had a storm like this." – Jessica Smith, Webster resident

The tornado touched down around 10:30 a.m., the bulk of the damaging happening on and around Main Street.

The roof of a building was torn off during the storm, sending debris flying into buildings next door. Pieces even fell onto a car, trapping a woman inside. She was treated at the hospital for minor injuries and has since been released.

The National Weather Service confirmed the tornado Saturday afternoon, but are still surveying the damage to determine just how strong it was.

Some residents didn’t even hear the tornado outside of their homes.

"I just saw the lights flicker. One of my friends called me, she was like, ‘You should go check and see if everything’s okay.’" – Kristin Montron, Webster resident

Others took shelter after hearing the sounds of the storm.

"We ran into our basement and laid on the floor in a closet and just hoped that we were gonna be okay."

In the neighborhoods surrounding Main Street, power was knocked out, trees were down in streets, some utility poles were even cracked in half. 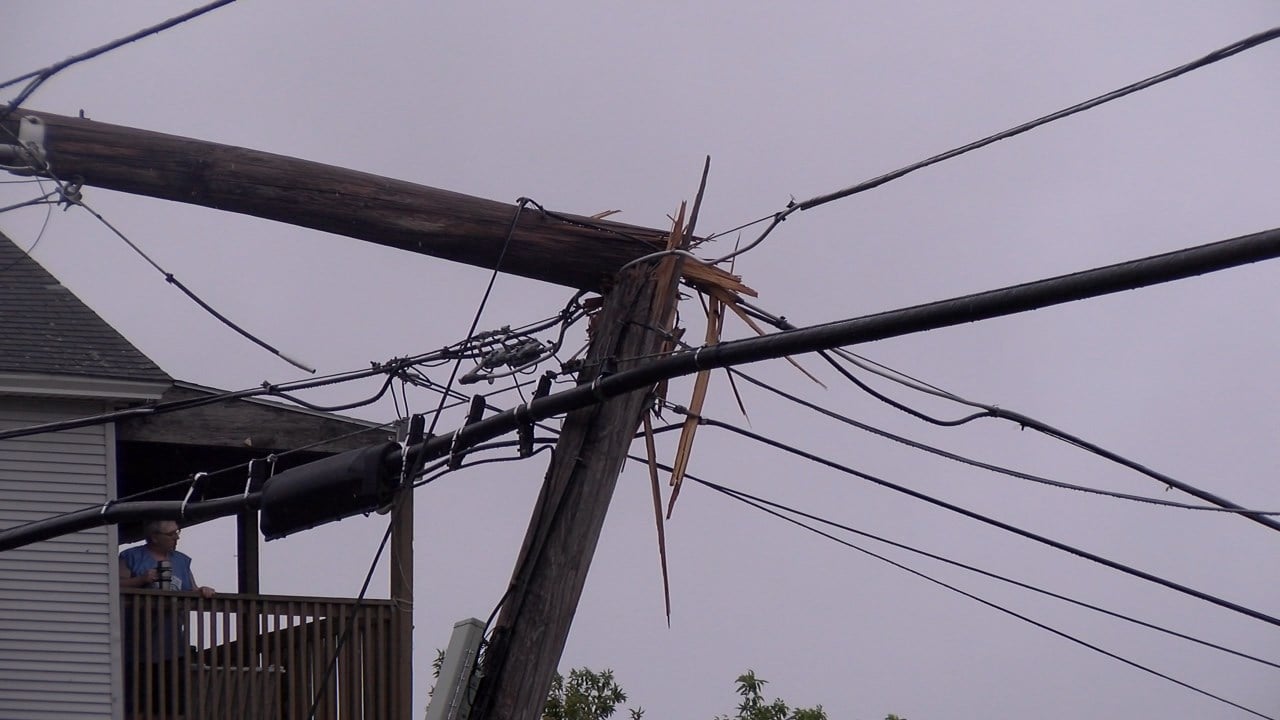 So far, three buildings have been condemned. Two of those condemned buildings are commercial and one mixed use that included several apartments.

An additional 4 to 5 buildings have been placarded as uninhabitable. As of Saturday afternoon, two buildings had been torn down.

According to the Massachusetts Emergency Management Agency, 25 Webster residents were displaced. The American Red Cross is assisting.

Hattix-Covington Paces URI Past Davidson, Rams Improve To 10-0 In A10