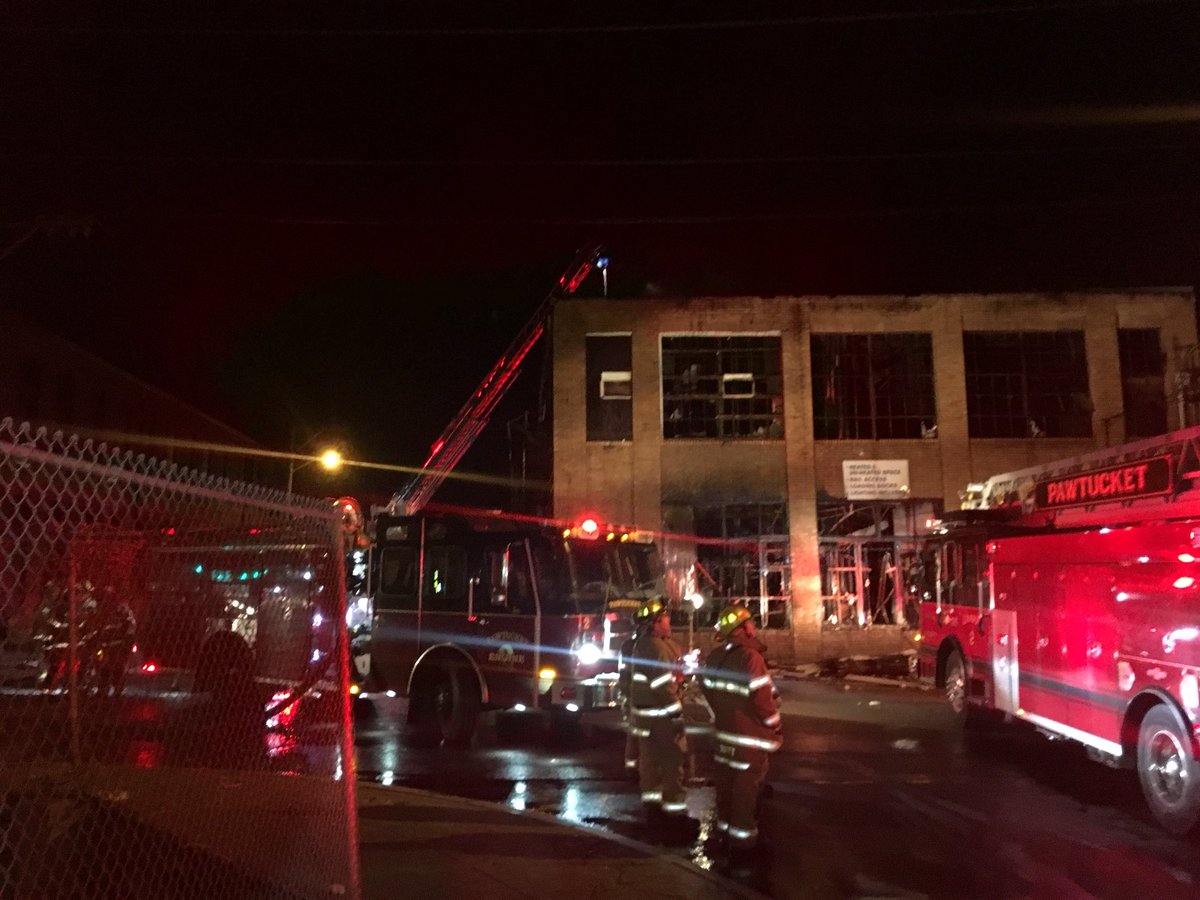 PAWTUCKET, R.I. (WLNE) – Firefighters returned Friday night to the scene of a massive mill fire in Pawtucket, after the flames re-ignited, as authorities look into the possibility that there was a meth lab inside. It turned out fire was still trapped in the roof.

“When the crews left earlier it appears that everything was out, but there’s also a possibility of fire being trapped in void spaces and that appears to be what we have tonight,” said Battalion Chief William Conroy of the Pawtucket Fire Dept.

Officials say they’re investigating the possibility that the fire was linked to a meth lab inside the abandoned mill. Investigators from the fire marshal’s office and ATF found bottles filled with explosive chemicals, as well as drug paraphernalia, in the charred rubble Friday.

“That is insane. I would never have expected anything like that,” said neighbor Mateo Norcia.

“Unfortunately you’re going to have a good amount of drug activity. The train tracks are over here. The center is over here,” said neighbor Veronica Alley.

A woman was seen walking out of the building as crews arrived last night. She was taken to Miriam Hospital for smoke inhalation. Minutes earlier two people were arrested on warrants nearby: 34-year-old JOseph Green, who had apparently lit himself on fire, along with 30-year-old Meagan Gammage. Green was taken to Rhode Island Hospital to be treated for burns.

“Oh my god, that’s scary. That’s really scary. I’ve been living in Pawtucket for 18 years and I’ve never seen people in and out of this building,” said neighbor Halimatou Diallo.

Despite the potential danger, no firefighters have been hurt.

“There are a few that have been here the whole time, so it’s physically and mentally exhausting,” said Conroy.

Officials say Friday night’s flare-up was in a different part of the building from the potential meth lab.

Cadaver dogs search through the rubble Friday just in case, but no human remains were found.