Fall River Police say they were called to the Bradford Avenue side of Kennedy Park around 9:30 p.m regarding a woman with a gunshot wound to the head. 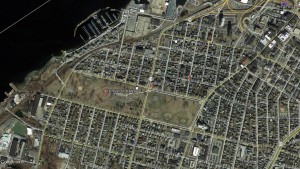 When police arrived they found a car with two women inside. The driver had a gunshot wound to the left side of her head and the passenger had gunshot wounds to both her legs.

Investigation revealed that the shooting took place in front of 372 Mulberry Street.

Police located two suspects at the scene who were placed under arrest.

Here are the names of the suspects and the charges they face:

Police say they also found 14 shell casings that were located in front of the Mulberry Street location.

Head-on crash in Cranston sends two to the hospital

"We are trying to survive": Newport restaurant hit with a compliance order