Father was inside store when vehicle with baby inside was stolen: police

PAWTUCKET, R.I. (WLNE)- A terrifying evening for one family after their 7-month-old infant was inside of their car when it was stolen in a Pawtucket parking lot around 4:30 p.m. on Saturday.

The baby was found at around 7 p.m. after a masked man took off with the car, and the infant in the back seat. 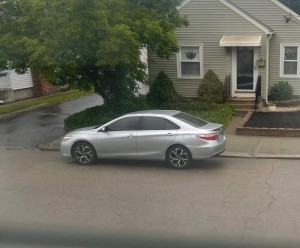 According to Pawtucket police, the suspected carjacking took place at Ann Mary Plaza in Pawtucket with the suspect stealing a car with the keys in the ignition, and Nael Adesuyi in a car seat.

Adesuyi was located after an Amber Alert was put out for the 2015 Toyota Avalon with license plate KA521.

The uninjured infant was found inside of the car in a parking lot on Nellie Street in Providence.

“All of the sudden, I see the police and they’re carrying the infant and I’m like- that’s the Amber Alert!” Resident Roland Watts told ABC6 News.

Police say that the vehicle was left running while the baby’s father went into a store in the Ann Mary Plaza.

Police are searching for the suspect who they say is a Black man wearing a black sweatshirt, ripped jeans, gray sneakers and a medical face mask.