On Tuesday, police said the packages were found on lawns of several homes in the Oakland Beach area. 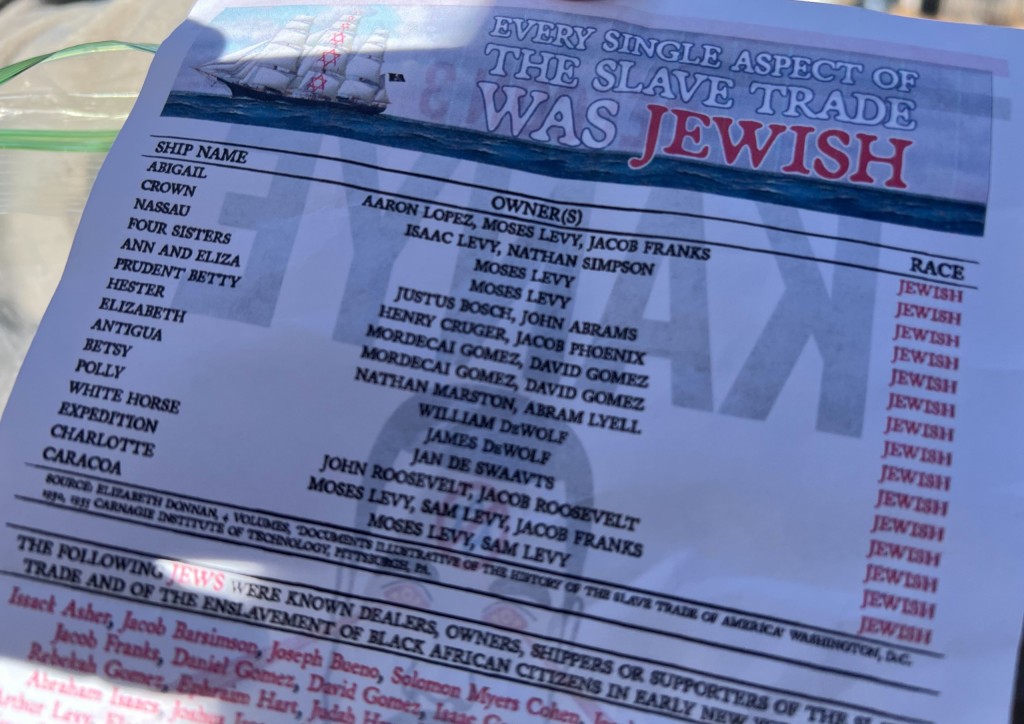 An anti-Semitic paper was found inside of a plastic bag in one Warwick community, Tuesday, Nov. 15, 2022. (WLNE) 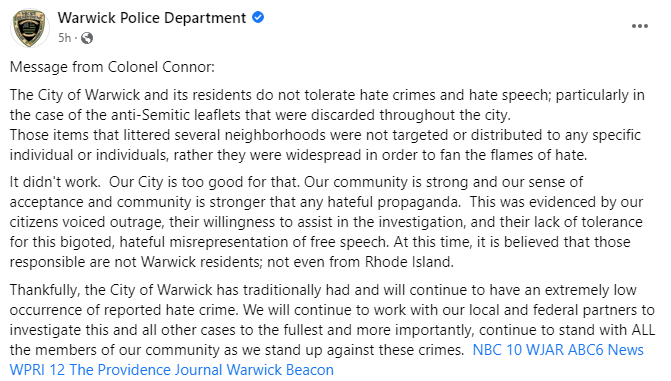 This is a screenshot of Colonel Connor’s statement. (Facebook)

According to Connor, the anti-Semitic packages were not directed at any specific person.

“They were widespread in order to fan the flames of hate,” the Colonel said.

“At this time, it is believed that those responsible are not Warwick residents; not even from Rhode Island,” Conner continued.

The Colonel concluded his statement by stating Warwick police will continue to investigate this case.

Anyone with information about these packages should call the Warwick Police Department at 401-468-4200.